The once-independent Mabuasehube Game Reserve is now managed as part of the broader Kgalagadi Transfrontier Park. Located on the Kgalagadi’s north-eastern corner, it covers roughly 2,000km2 of pristine Kalahari grassland and scattered pans, all within the borders of Botswana. Although incorporated into the wider Kgalagadi, this section remains relatively isolated with just four sandy tracks connecting it to the rest of the park. One of these (the Mabua-Kaa track) is completely overgrown, and two others (the Mabuasehube and Bosobogolo 4x4 trails) end at Nossob in South Africa. That leaves only one sandy route between Mabuasehube and Kaa, and this runs outside the reserve itself, along with the park’s northern border.

Highlights of the Mabuasehube Game Reserve 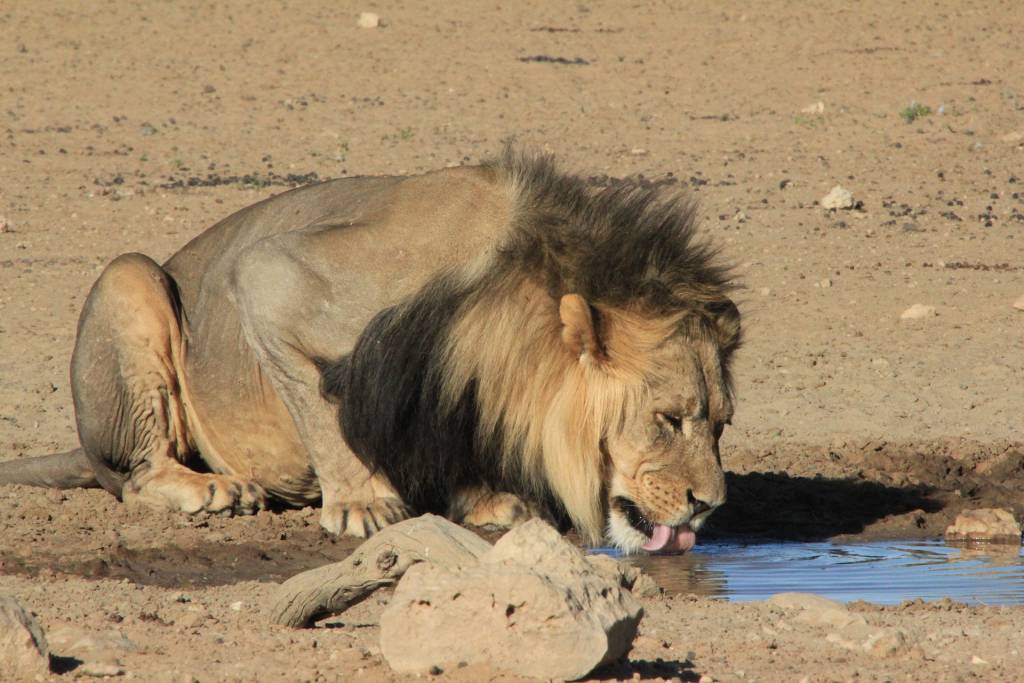 A Black Maned Lion at the Waterhole

Mabuasehube has some excellent individual campsites, distributed at discreet intervals around the reserve’s larger pans. Mabuasehube and Mpayathutlwa pans both have permanent waterholes and the best chance of seeing animals, although game is limited during the dry winter months. Despite this, the region is still famous for its black-maned Kalahari lions and it’s not unknown for campers to wake in the morning and find lions lolling around their vehicles. If you’re looking for a route back into South Africa from Botswana, then the Mabuasehube Wilderness Trail is an excellent option. This one-way, overnight 4x4 trail can only be booked by one group at a time and passes through miles of stunning Kalahari dunes and grassland on the way to Nossob.

The access roads into Mabuasehube Gate are all very sandy and strictly 4x4. Inside the park, there’s deep sand along the trails heading west, but firmer ground in the Mabuasehube region itself. South of Mabuasehube, Tsabong is the last stop for fuel and supplies, while to the north, Hukuntsi and Kang have fuel, but very limited shopping options. It’s about 2.5 hours from Tsabong to Kaa Gate and about five hour’s driving from Mabuasehube to Kaa. Botswana’s Department of Wildlife and National Parks manages all the campsites on the Botswanan side of the Kgalagadi. Take everything you need with you, including drinking water. There are taps at some of the campsites in Mabuasehube, but they don’t always work and the water is not suitable for drinking. Most travelers op for 4x4 hire to accommodate their travel plans.