The Aus to Sossusvlei route in Namibia

Aus is a popular stopover in southern Namibia, especially to-and-from Sossusvlei. This route from Aus skirts the eastern border of the Namib-Naukluft National Park, with glimpses of red dunes to the west and the black, blasted peaks of the escarpment to the east. There’s plenty of wildlife roaming free, especially where the road passes through the NamibRand Nature Reserve, just south of Sossusvlei. 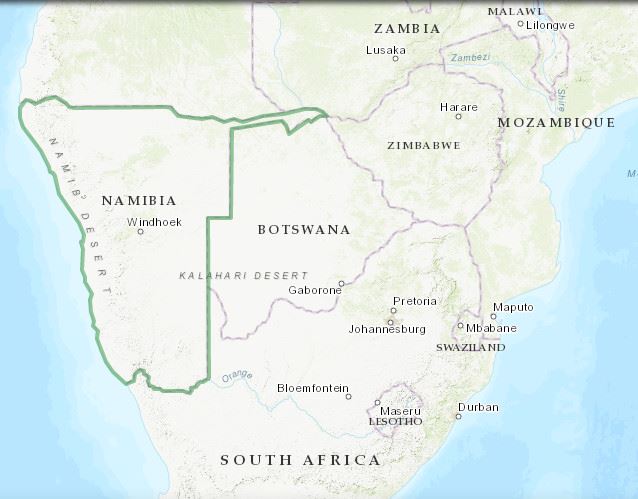 There are magnificent views along the D707 which loops west around the Tiras Mountains and along the edge of the Namib dunes. Early morning or late afternoon is best, especially when herds of oryx and ostrich gallop across the desert, kicking up clouds of dust in the golden light. The stretch of road through the NamibRand Nature Reserve is also stunning. Here the red dune belt meets the first black peaks of the inland escarpment – an incredible backdrop for the giraffe, springbok, oryx and other wildlife that can be seen from the road.

It’s about a five-hour drive from Aus to Sossusvlei, if you take it easy and stop to admire the views. The roads are all gravel, and mostly well-maintained, although there are some sandy patches and corrugation in places. The D707 is not recommended for low-clearance vehicles and if you’re worried about your car then take the C14 from Goageb to Maltahohe instead. Otherwise, opt for the most westerly roads you can. Any sturdy vehicle will have no problems and the western roads have the best dune views.