December is summertime in Namibia and locals head to the coast to escape the heat. As Christmas approaches, the seaside resorts fill up, and Swakopmund can get especially busy. Daytime temperatures on the coast are usually below 30°C, with partly-cloudy skies and a fresh sea breeze. This is in stark contrast with the interior, where average temperatures are around 35°C and can climb over 40°C in the central deserts and further south. The Zambezi Region tends to cool off slightly during the peak summer rains, but the entire north, including Etosha, can still get very hot and humid, with average daytime temperatures well above 30°C. 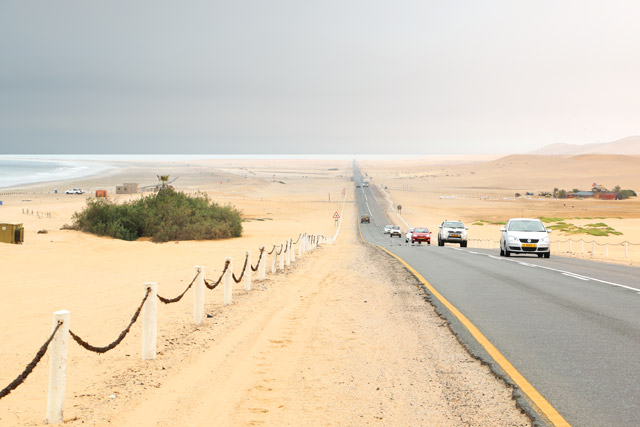 Namibia can be visited at any time of year, but December is probably not the best month anywhere. The coast is cooler, but at its most busy, and the far north is hot and humid, with the animals already well dispersed from the permanent waterholes.

On the plus side, the rains return some of the colour to the landscape and in good years the desert will be starting to bloom. There’s also still good fishing to be had on the Zambezi, and the migrant birds have now returned in force.

In Sossusvlei and further south, the daytime temperatures can be extreme, but the nights are usually warm and clear, and it’s a good time for star-gazing and late nights around the campfire. Summer is the best time for canoeing on the Orange River, although it can get busy from mid-December to mid-January, during the South African school holidays.