Weather-wise, February in Namibia is very similar to January, with high temperatures and rain in the north. By the end of the month conditions are beginning to cool slightly and the afternoon thunderstorms are becoming less frequent. This is still high summer and Namibia’s low season, and the parks and reserves are at their least busy. By February, schools are back in session and the coastal resorts around Swakopmund are quieter. February is not usually considered a good time to visit, but Namibia is most famous for its landscapes and these can be even more spectacular when it rains. 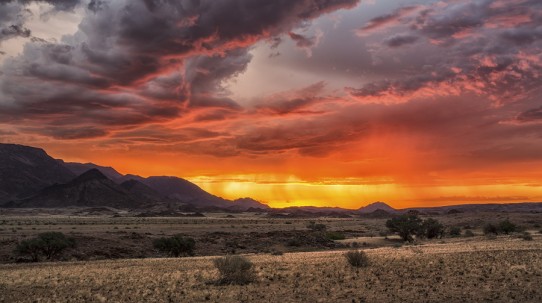 In Etosha National Park the pan is now approaching its fullest, and in good years plays host to thousands of migrating flamingos. The bulk of the wildlife – especially the elephants – remain scattered over a wide area, but animals can still be seen, particularly newborns. However, if you’re specifically looking for wildlife you may be disappointed. You’ll have far better sightings between July and October. 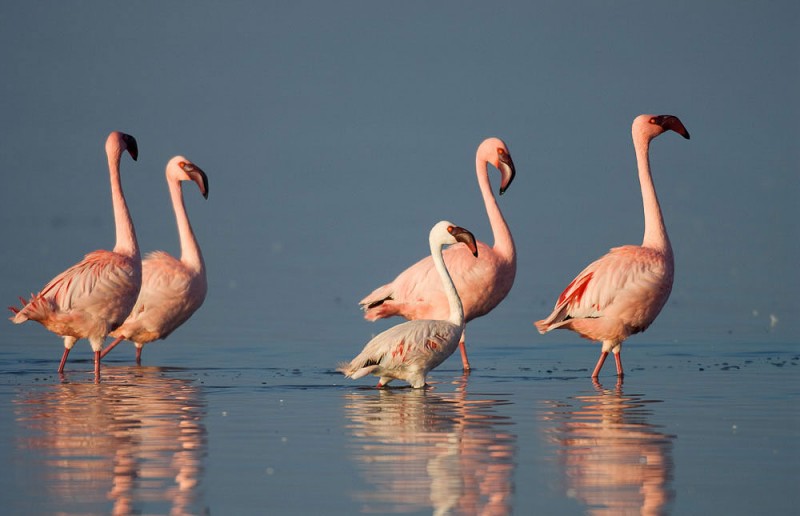 These wet summer months may be relatively poor for game viewing, but they can provide some wonderful and unusual photo opportunities. The increased rainfall pulls dust from the sky, making landscapes crisp and clear. In very wet years, sudden ephemeral rivers can transform the desert, and wild flowers and grasses revitalise the otherwise arid terrain.

Birding in the Zambezi Region is excellent in February, but be aware that the summer months also present the highest risk of Malaria. Precautions should be taken when visiting the far north and especially the Zambezi Region. There’s no Malaria on the coast, however, and if you’re looking for flamingos, February is a good time to see them as they gather in the lagoons around Walvis Bay.