January is mid-summer in Namibia, which means high temperatures and – to the extent that it rains at all – afternoon thunderstorms. Most of the rain falls in the north, especially in the north-eastern Zambezi Region, but sudden downpours can occur across the interior. These seldom last long, however, and rarely disrupt travel, although flash floods may hit the normally dry riverbeds, making them impassable. 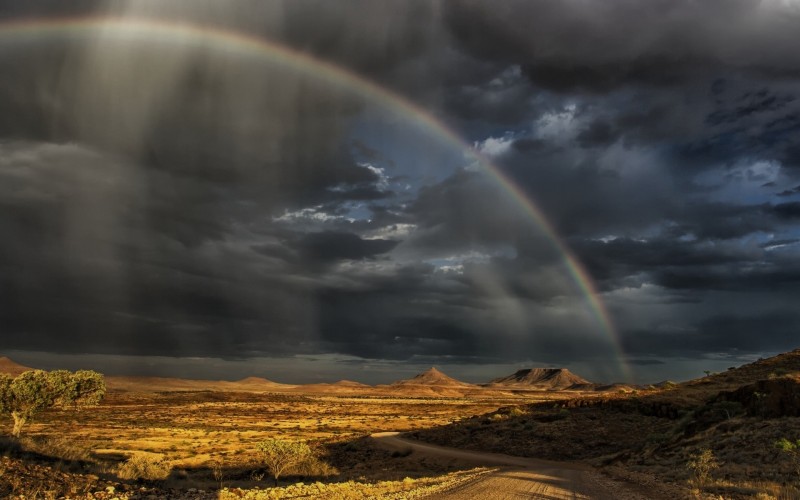 Across the interior, the wet summer months are generally less productive for game viewing. Increased surface water allows animals to spread out, often to areas not covered by park roads. This is particularly true in Etosha National Park. When the saltpans are full, wildlife can roam far from the permanent waterholes that make such excellent animal magnets in winter. That said, January is the start of the birthing season so there are newborns to be seen and, if there have been good summer rains, the pan will be full of seasonal pelicans and flamingos. 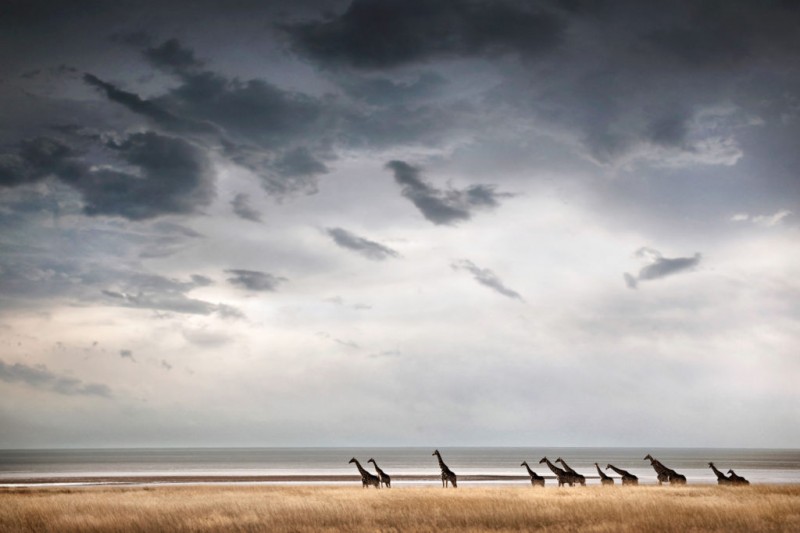 On the coast, Walvis Bay and Swakopmund are cooler than the interior and can get busy with local holiday makers. Both cities quieten down when schools go back in the middle of the month. 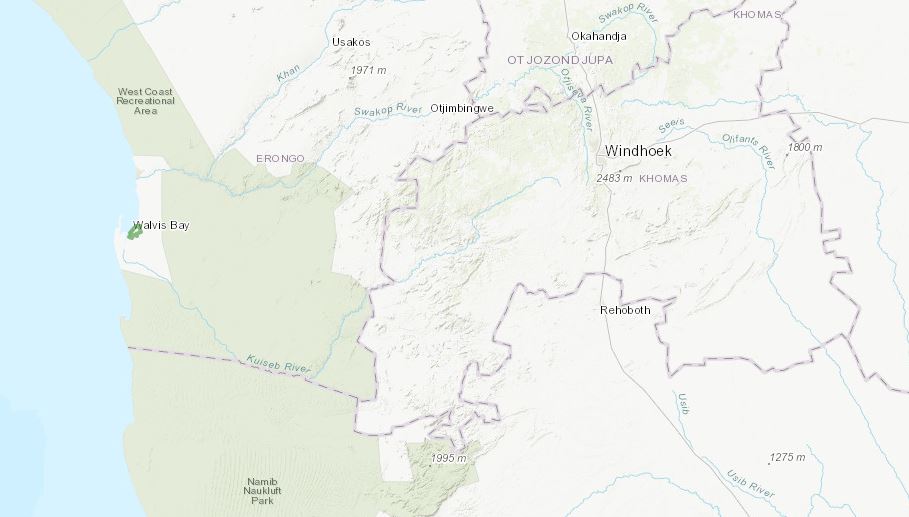 October to February are also good months for The Skeleton Coast. Temperatures at this time of year are much lower than the rest of Namibia, the mornings aren’t as foggy and there’s less chance of sandstorms.

January can be good time to visit the Namib Desert, although be prepared for temperatures up to 40°C. It very rarely rains in the Namib, but January and February produce some spectacular cloud formations, and being the low season for international visitors, Sossusvlei and surrounds are quieter than in winter. 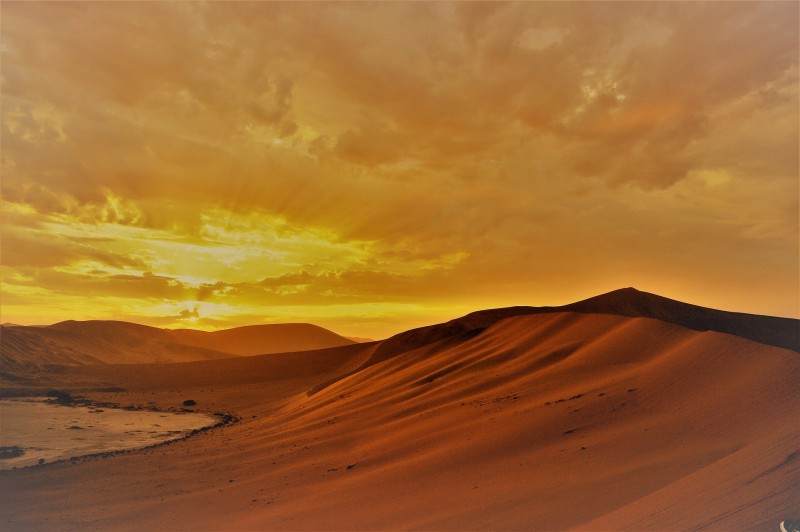 The Zambezi Region is exceptionally humid and wet in January, but it’s a good time for bird watching. Around 480 species can be found here, many of them migrants that are only resident in summer.