Region/terrain explained
Van Zyl’s Pass is Namibia’s toughest road and a popular destination for 4x4 enthusiasts. The pass is located on the south-eastern corner of Kaokoland’s Marienfluss Valley, in the far northwest of the country. This is a very remote, beautiful region, and is home to the Himba Tribe who graze their cattle alongside antelope, elephant and other desert wildlife. Van Zyl’s Pass is a challenging entry point into the Marienfluss Valley, but shouldn’t be used as an exit.

Highlights of the region
The Marienfluss Valley can only be entered from the south, either over Van Zyl’s Pass, or via the much easier southern route to Orupembe. The valley itself runs south-north, ending at the Kunene River, which forms the border with Angola. The Marienfluss, and neighbouring Hartmann Valley to the west, are Namibia’s most isolated regions, with stunning grasslands, mountains and dunes. The pass is a highlight in itself – just crossing it feels like an achievement – and once through you’re free to explore the beautiful landscapes beyond. 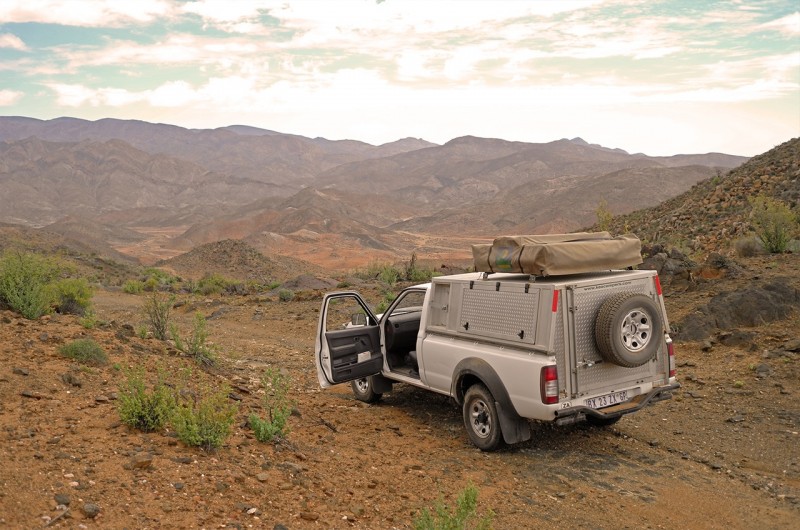 Practical + driving advice about the region (time needed)
Because it’s so narrow and steep, Van Zyl’s Pass should only be driven from east to west – it’s effectively a one-way system and anyone coming the wrong direction can cause a serious jam. The pass is about 15 km of very rough, rocky driving, not be attempted without prior 4x4 experience. It’s an exciting route and could take anything from two to six hours to complete, from Otjitanda into the Marienfluss Valley.