The term ‘crossover’ gets a lot of mileage in the world of motoring, doesn’t it? Most brands claim to have at least one model that carries the DNA of at least two other automotive niches. We hear about hatchbacks that are also SUVs, sedans that are hatchbacks and coupés that are actually sedans. 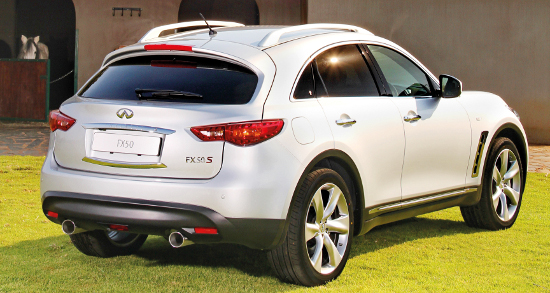 Not only are these niche-busting combos confusing but also, more often than not, the actual car doesn’t quite deliver on the marketing speak. Usually one half of the DNA is more aesthetic than anything else or, in the sedan/hatchback’s case, it’s an unholy union that should never have seen the light of day in the first place.

Which makes the new Infiniti FX SUV a very interesting prospect – for once we have a car that can legitimately claim to be the best of both worlds. It’s an SUV with genuine sports car abilities. Of course it is not the first to make such a claim and a few of its Teutonic rivals will be putting their hands up at this point. But they’re hands that should go straight back down in the face of this crucial question: “Are you merely an SUV that goes very fast… or are you a crossover in the true sense, with the aggressive styling and low-slung chassis of a sports car, with the all-wheel drive abilities, ground clearance and interior space of a luxury SUV?”

At this point only the new Infiniti FX should have its hand raised. And here’s why…

Infiniti’s engineers have done a clever thing with the FX. They’ve created a chassis that’s both wide and low, and placed some fairly sizey 21-inch wheels in each corner. This gives it a low centre of gravity despite its elevated ride height and places the driver in the heart of the car. They’ve also managed that rare feat of developing a chassis that’s both comfortable yet very responsive to the load-shifting dynamics required in cornering. Grip is prodigious thanks to those large wheels and an intelligent all-wheel drive system that features continuously adjustable front/rear torque split. The FX 30dS (along with the FX50S) also has Rear Active Steer, which gives it some of the nimble dynamics of a rear-wheel drive car, but with all the grip of an all-wheel drive.

Put it this way, a two-ton automobile should not be this supple, predictable and precise through the corners.

To get the best out of any chassis, one obviously needs the horsepower to test it and the FX30d with its 3.0-litre turbo-diesel certainly had that. Arguably the sweet spot in the range, the 175kW engine is obviously not as powerful as the FX50 range-topper’s 5.0-litre V8, but it’s certainly powerful enough. Along with the obvious fuel efficiency advantages of the diesel, it also delivers a sizey 550Nm torque from a mere 1 750rpm, meaning you have the kind of low-down grunt so crucial in today’s traffic conditions.

All models in the range come with a smooth-shifting seven-speed auto box, with paddles for manual changes and a sport mode that sharpens up the up-shifts and throttle response. The sport button on the centre console will also stiffen the suspension settings when you really want to put the hammer down. 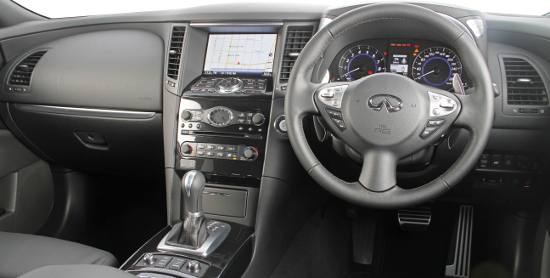 Infiniti has managed to replicate the car’s sporty exterior styling in the cabin. Climb into a proper sports car and the car wraps it’s self around you – you sit ‘in’ it rather than perched on top of it, like it is plugged in and hardwired to your senses.

The Infiniti FX SUV does all this with an interior that lives up to its premium billing. Swathes of high quality leather cover the cabin, highlighted by aluminium and wood finishes that appropriate to a luxury sports car. Naturally, given its sloped roof, the FX doesn’t have the interior space of a normal SUV. Still, two large adults will sit comfortably at the back and you will still have 475 litres of boot space, which is going to be more than enough for most buyers.

‘Purposeful’ is probably the best word. The Infiniti’s styling certainly makes no bones about the car’s purpose. An aggressively styled nose with headlights that squint menacingly down the road, muscular wheel arches and coupè-like sloped roof contribute to an overall silhouette that indicates its sports focus. It’s an out-and-out masculine look enhanced by big 21-inch wheels and an air-intake nestled behind the front arches.

It’s a car that makes no apologies for its looks and it’s either going to be something that appeals hugely to your own sense of automobile aesthetics, or simply doesn’t.

It’s clearly aimed at a male driver and given our South African tastes for both performance and SUVs, odds are the Infiniti FX SUV is going to hit the mark.

MORE THAN A SUM OF ITS PARTS 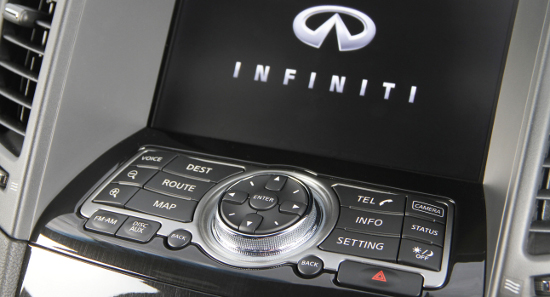 While it genuinely ticks both the SUV and sports car boxes, the FX adds up to a vehicle that is something a little more. That low-slung silhouette makes a bold statement and you definitely feel you’re driving something unique. It’s also a car imbued with luxury and even the entry level comes with the kind of kit most of its competitors will only offer as pricey options. The ‘S’ level adds adaptive damping and 21-inch wheels, while the premium trims add intelligent cruise control and an upgraded multimedia system.

If you’re looking for a comfortable luxury car with interior space that’s not only blisteringly quick, handles like a sports car and looks refreshingly different, Infiniti’s FX SUV range might just be the car for you.