Cape Town! That’s where our team here at Drive South Africa is based. Cape Town is definitely a city you want to explore with the freedom of a rented vehicle and we can book you one from the Europcar Cape Town City Centre depot. The Mother City’s city centre is a buzzing hub of both locals who are working their nine-to-five, and travellers who are often carrying city maps and bantering in foreign languages. After you pick up your Cape Town City Centre rental from Europcar you can easily navigate your way around the grid-like planned streets of the city, either by map, or GPS, which we can easily organise as an add-on to your rental. If you’re staying somewhere in the city you’ll first want to check into your hotel, off-load your luggage and then either head off to your appointments if you’re down on business, or you’ll want to see the city. If sightseeing is on the cards - great - there sure is a lot to see.

Cape Town is a melting pot of historic, cultural and natural attractions, so when you hop in your rental from Cape Town City Centre’s Europcar branch, expect to be spoiled for choice on what to do. Things to see around the city centre include the Company Gardens with its resident squirrels and adjacent Houses of Parliament, as well as a few more popular attractions that include Table Mountain, Robben Island, the Victoria & Alfred Waterfront, the Castle of Good Hope and the Apartheid Museum. These attractions are really just the tip of the iceberg… The great thing about Cape Town is that it is so very diverse in its attractions and the variety of activities you can experience are just a short drive away from the city centre. From winelands, botanical gardens and fishing harbours to townships, farms and beaches you can do just about anything in the welcoming city of Cape Town. When driving your Europcar Cape Town City Centre vehicle from suburb to suburb (which are usually only about a seven-minute drive apart) you’ll find that each place has its own vibe, its own atmosphere, so even though you’re less than an hour away from Cape Town CBD, you get to feel like you’re experiencing a whole different city on its own. A traveller’s treasure chest indeed. 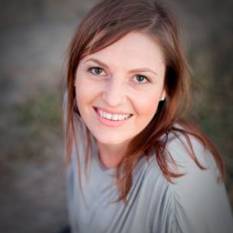