Do not fear Drive South Africa is here to provide you with campervan rental in South Africa. It really is as simple as filling out the form below or contacting one of our sales and travel experts for advice on the best camper van for the you’re ideal, South African camping adventure. 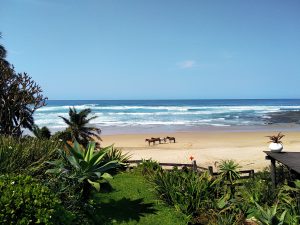 If your main objective is to go on the best camping trip possible whilst visiting South Africa, Campervan rental in South Africa is by far your best option as many of Drive South Africa’s extensive range of Campervans come equipped with all the necessary equipment to ensure you get the most out of South Africa. There really is nothing like being out in the open with good company and having the convenience and luxury of a great camper van.

Renting a Campervan in South Africa

Get your free South Africa camping travel guide sent straight to your inbox!

You can hire a motorhome in South Africa from AUD 103.1 per day for a 2 Berth Camper from Maui Motorhomes.

You can hire a motorhome at Durban Airport from Maui Motorhomes

It costs AUD 721.69 to hire a motorhome for a week in South Africa. The cheapest weekly motorhome rental rate is for the 2 Berth Camper by Maui Motorhomes.