A Guide to Traveling Through South Africa by Train

Some might tell you that travelling by train in South Africa isn’t an easy option –– it might not be as connected as Europe or India, and there are definitely fewer routes. If you prefer vehicles, you might find one at car rental South Africa. However, the country does possess roughly seven train services running between the major cities, with a few destinations in-between –– including service from Johannesburg to Maputo. Trains vary greatly in comfort and price, but there are definitely options for those wishing to travel with the assurance of safety and comfort, as well as those wishing to travel with a bit of luxurious pampering. 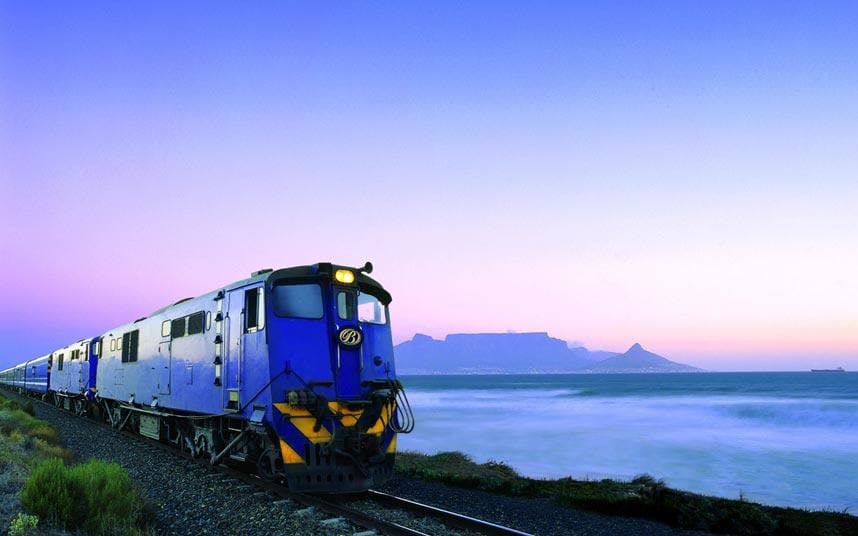 This train first opened its railway network in 1920 with two main trains: Union Limited and the Union Express. Back then, the train used to run as far as the Great African Railway, which ran over the bridge spanning the Zambezi River, sprinkled with the spray from the famed and majestic Victoria Falls. As word spread that South Africa had natural resources such as gold and diamonds, this attracted a new aristocratic clientele –– and that’s how luxury train travel through South Africa was born. Today, the Blue Train has a service that runs from Pretoria to Cape Town and back and another route which runs from Pretoria to Hoedspruit and back. You can leave your car at the station, before boarding the train to start your journey. 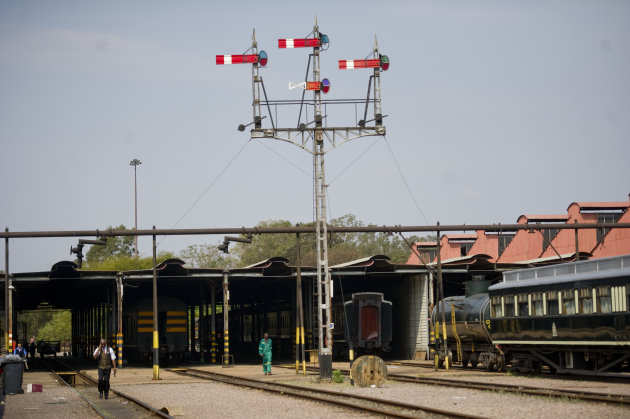 This prestigious world-class facility was started in 1986 by train enthusiast Phil Acutt, and since then it has provided a luxury service through South Africa, Swaziland, Namibia, Zimbabwe, Botswana, Zambia, Tanzania, Uganda, Sudan, and Egypt. However, passengers will need to make sure they have taken into consideration the visa requirements of all these countries before boarding. The Rovos rail services are a great way to explore this vast, diverse and inspiring continent. 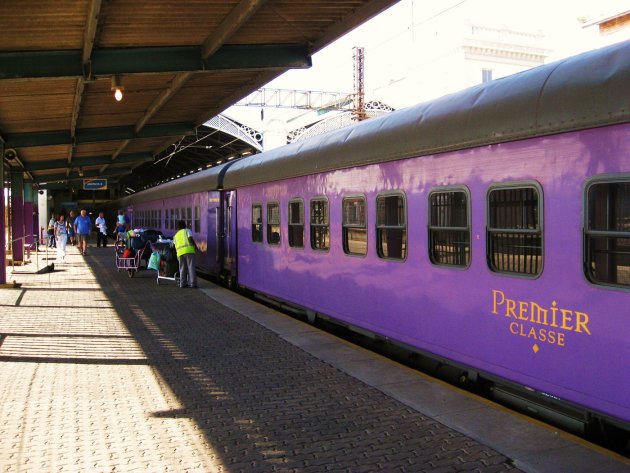 This train service might not be as famed or as luxurious as the Blue Train, but what it doesn’t have in facilities, it makes up for in price –– one of the great reasons to choose this service when travelling from Johannesburg to Cape Town. It used to run as an extension of the popular Shosholoza Meyl train route, but from 2006, the train had firmly established itself as a premier service in its own right, opening up another route from Johannesburg to Durban. The train boasts quaint sleeping booths and extensive meal service in the restaurant car –– and the option of buying drinks 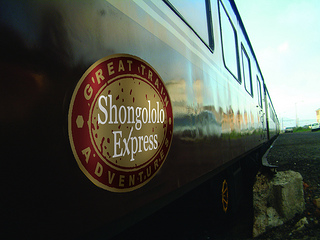 The Shongololo Express, named after the isiZulu for “millipede”, opened for business in 1995 –– just one year after South Africa became a democracy. Today, it stands firm as a leading luxury train service to many great destinations in Southern Africa –– including South Africa, Namibia, Swaziland, Mozambique, and Zimbabwe. The train also has a great initiative entitled “The Shongololo Peace Train Trust”, which is dedicated to supporting local communities on its various routes in areas like education, hygiene, environmental, land cultivation and heritage. 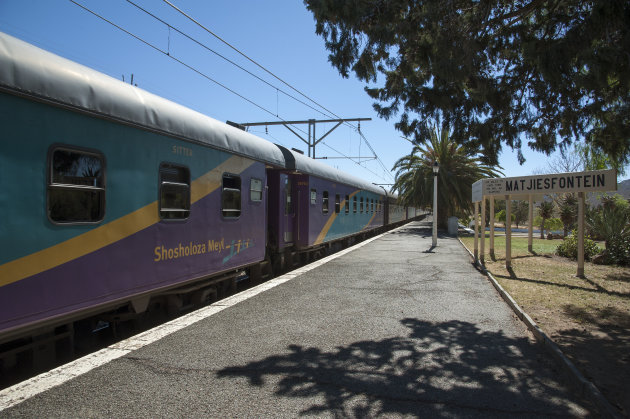 This train prides itself on being an affordable option for patrons wanting to travel long distances –– between Johannesburg and Cape Town, Durban, Port Elizabeth or East London. It is said to be the favourite mode of transport for the well-seasoned South African traveller. The route this train takes is very similar to that of the famed Blue Train, but at a fraction of the price. Choosing the option of a sleeper coach saves you the discomfort of sitting for hours on end, and the train bunks sure beat a cramped bus. 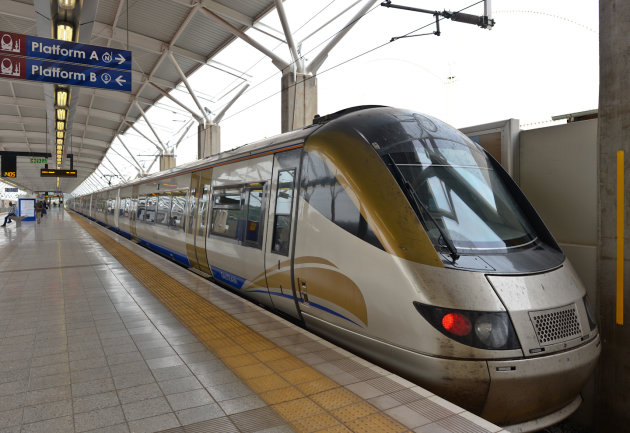 The Gautrain is one of the newest first-world additions to the train services in South Africa. This is a train focused on connecting the major suburban areas in Gauteng with Johannesburg’s central business district. It also serves as a great way of connecting individuals from the airport to the city, which has made a huge contribution to reducing traffic in the Gauteng area, while boosting tourism at the same time. 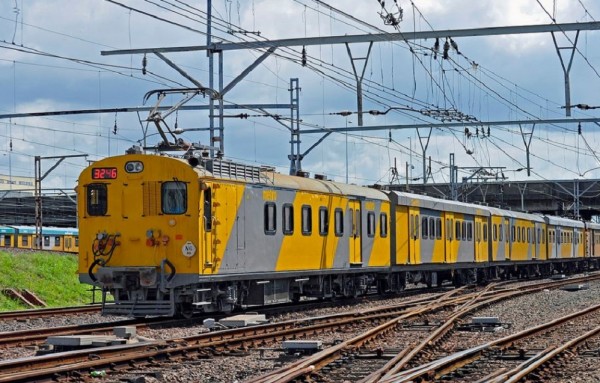 Metrorail is the main commuter train service in all South Africa’s urban areas. These trains have been criticised for not being as safe as they should be, but that hasn’t stopped literally millions of South Africans from using them daily. Due to beefed-up security, the Cape Town Metrorail service is arguably the most used. Many tourists also use the Cape Town service from the CBD down to Kalk Bay, Muizenberg and Simon’s Town on the southern peninsula. Once you finished your journey, you might want to explore the local area or explore other areas of the country. The best option would be car rental, especially since you would be able to dictate your destination and the amount of time you would like to spend there. Depending on where you start, you might want to have a look at what rentals are available in your area, car rental South Africa will be the best option to look for your perfect vehicle.

Some might tell you that travelling by train in South Africa isn’t an easy option –– it might not be as connected as Europe or India, and there are definitely fewer routes. If you prefer vehicles, you might find one at car rental South Africa. However, the country does possess roughly seven train services running […]

The Roger's Couple and their 4x4 track trampling Defender, Tin Can, just had to follow the Sani Pass which winds its way 2900 meters up the Drakensberg mountains into Lesotho and is rated one of South Africa’s premier 4 wheel drive.

The Cost of Travelling by 4X4 Through South Africa

Some might tell you that travelling by train in South Africa isn’t an easy option –– it might not be as connected as Europe or India, and there are definitely fewer routes. If you prefer vehicles, you might find one at car rental South Africa. However, the country does possess roughly seven train services running […]