This year’s route is the same as in 2004. It starts in Newlands, Main Road south to Fish Hoek, then North-West to Chapmans Peak, North to Hout Bay, east to Constantia Nek where the Marathon mark is (42,2 km) and the ultra Marathon continues to union ave to the finish line at UCT. In total 56 km (35 miles).

The ultramarathon route is the purple line on the map. 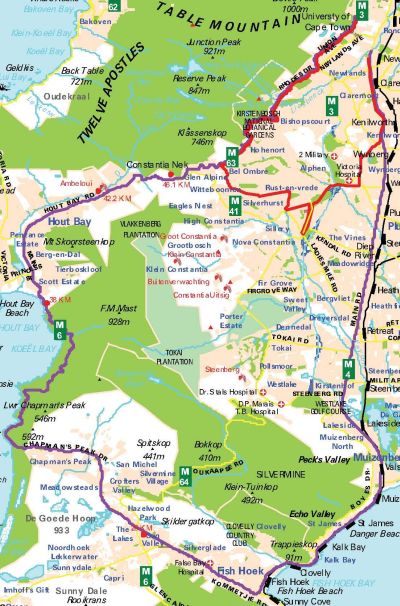 Last year Ultra Marathon winner for men was Mabuthile Lebopo from Lesotho with the time 3:06.18 and for the women, it was Olesya Nurgalieva from Russia with the time 3:41:52.

If you don’t feel fit for the Ultra Marathon, it is also possible to enter other races such as a half marathon, trail run and fun runs.
As a part of the two oceans marathon event, there will also be an exhibition where you will find practically everything related to running and sport in general. The Old Mutual 2 Oceans Marathon Expo takes place from 20th – 22nd of April at the Good Hope Centre in Cape Town. 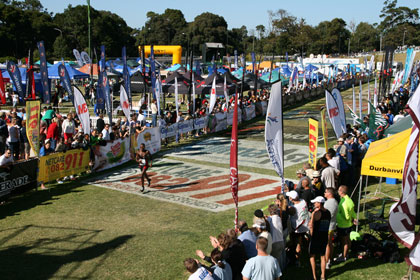 The popularity of the event can be seen in the number of participants and visitors, where last year 800 participants were in the trail run, 5000 in the fun runs, 21000 in the Old Mutual Two Oceans Marathon and Half Marathon and 40000 visitors at the expo.

Read more about the event on Two Oceans Marathon or connect with them on facebook.

21 Romantic Things to do in South Africa

The 42nd Two Oceans Marathon will take place from 22nd – 23rd of April. With its landscape and view over the sea, the Two Oceans Marathon route is considered the world’s most beautiful marathon. This year’s route is the same as in 2004. It starts in Newlands, Main Road south to Fish Hoek, then North-West […]

Steve and Sally Blackman went on a 4x4 adventure at the beginning of this year. This is their traveller story.

The most endangered African animals

Unnatural changes caused by human behaviour can have devastating effects on the most endangered African animals as well as local flora and fauna. Learn what  great animals are possibly the world's last.