MapStudio has a range of great wall maps of Africa and we recently got one of the more colourful Africa maps in their range to hoist up on our wall at the Drive South Africa office.

It’s a large coloured-coded wall map of the African continent that shows all the major road routes throughout the country. The main and secondary cities and towns are also plotted on the map – which always comes in handy when we need to put locations and distances into perspective at a glance. Just what we needed. 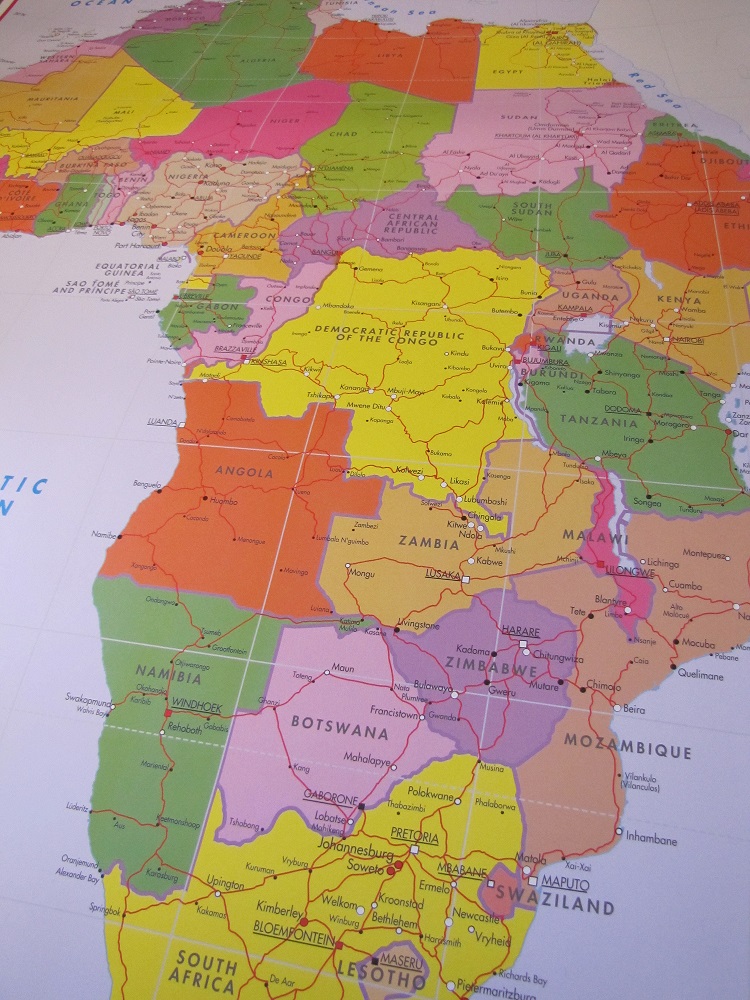 Above: Our MapStudio wall map of Africa

We’re huge lovers of Google Maps, but sometimes it’s actually quicker to look up at a good old fashioned poster map to get an idea of where a client has been, where they’re headed to and where our closest pick-up and drop-off locations are for them.

Our new Africa map is well marked, has all Africa’s top-level geographical information, and with a scale of 1:10 000 000 it’s rather large. The map is 690 x 1000 mm. To put the size of this wall map of Africa into perspective, it’s about as high as a 6-year-old and about as wide as three A4 pieces of paper next to one another. That’s pretty darn big.

Even though we’re using ours in the office, this type of map is great for just about anyone.  Businesses, students, parents and even kids.

I remember when I was 12 years old, my Mom bought a massive wall map of Africa and got it laminated (they didn’t make them be as durable as they do nowadays). On the map were every country’s capital, flag, the lines of longitude, latitude and all the oceans. In the evenings my parents played the memory game with my brother and I until we’d learned the whole lot. It’s one of my favourite childhood memories. Good times. 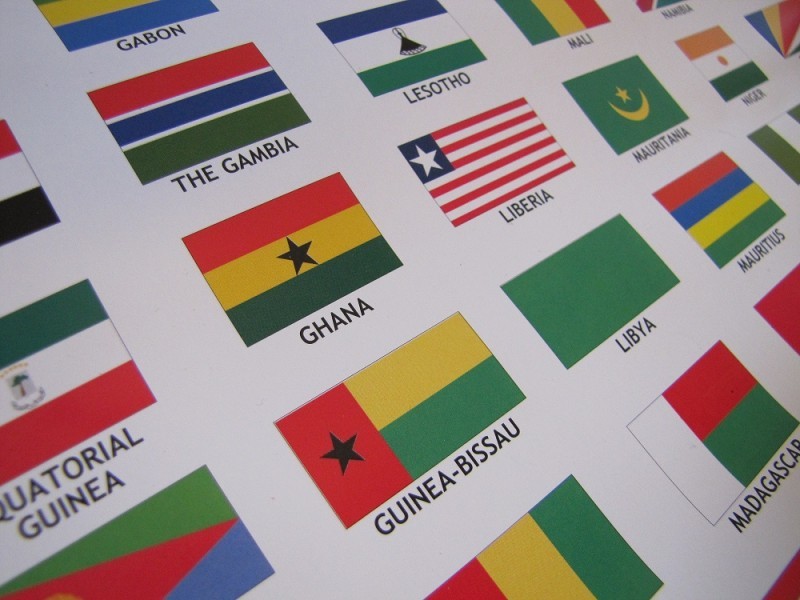 Above: Africa’s many flags are at the bottom of the map of Africa

Now you’ve met the latest addition to our Drive South Africa office wall space. We love our new wall map of Africa. Love it. Car rental South Africa which help immensely with getting you from A to B.

Want a Wall Map of Africa?

To win your very own Africa wall map with us at Drive South Africa and MapStudio. All you need to do is like us on Facebook. At the end of the month, we draw three names from our pool of Drive South Africa fans to determine the winners. Good luck!

Where to buy the Africa wall map…

If you’d like to buy one of these colourful wall maps of Africa online, you can do so from MapStudio’s website.