On the 16th of October 2010 Mac MacKenney, Chris Rawlings & Steve MacKenney set out to break the driving record from London to Cape Town of 13 Days, 8 Hours and 48 minutes set in 1963 by Eric Jackson and Ken Chambers in a Ford Cortina.

Incredibly this record has stood for 47 years. I’m amazed the Cortina managed the trip, let alone setting a record that has stood for nearly half a century. 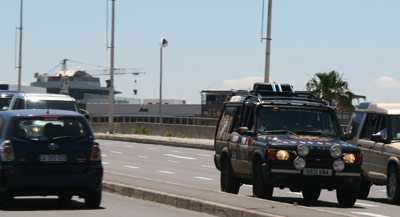 That record stood until today, when at 12:39 (GMT +2) the Max Adventure Team crossed the finish line at the AA South Africa House in Cape Town. 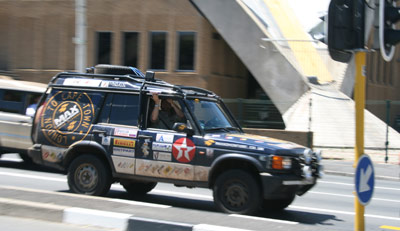 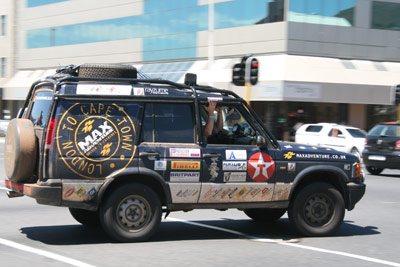 A remarkable feat managed by three fantastic human beings chasing their dreams and in the process of raising money for the Help for Heros Charity. 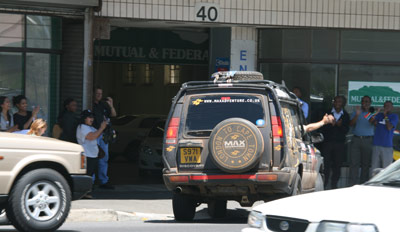 I had a chance to speak to the team on their arrival and although thoroughly exhausted the team was in high spirits, humble and delighted by the support shown to them by a convoy of 20 Land Rovers escorting them along the final yards of their epic journey and a crowd of supporters and journalists assembled at the AA House.

I’ll include some video clips of the guys arriving and chatting to Drive South Africa tomorrow morning, in the meantime here are some photos taken at the finish line. 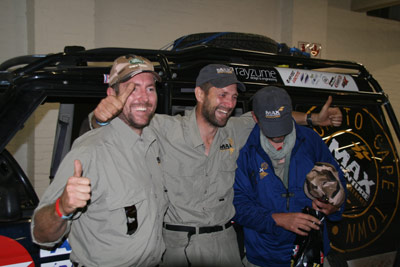 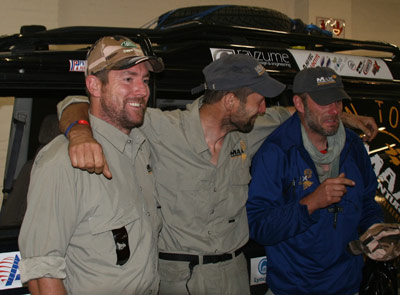 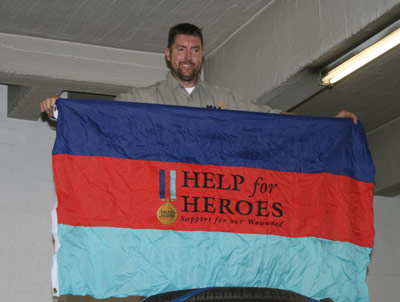 If you need to hire a specific vehicle during your trip to Cape Town, you want to, you might want to consider car hire Cape Town for your transportation needs.