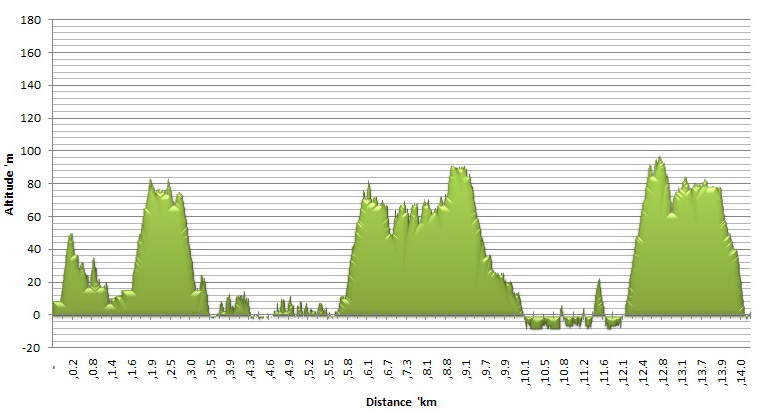 The Otter Hiking Trail’s notorious Bloukrans River had to be crossed at low tide, which meant we were going to have to cross the river, no later than 11 am. 6 hours to get there meant we had to leave at 5 am. We improved on our intended time by deciding to switch on our headlamps and leave at 4 am. At this point it started raining, which caused some butterflies in my stomach.

The first few kilometres were well marked with reflective signs, to assist those who were doing the Otter Hiking Trail that commenced before first light. The next few kilometres were difficult to say the least, hopping though rocky terrain; with a light drizzle continuously taunting us.  This day also had its fair share of ascents and descents, but the difference was that the pace needed to be maintained in order to get to Bloukrans at low tide. Breaks were many, but of a much shorter duration than on previous days of our Otter Trail Garden Route adventure. The remaining three kilometres proceeding to the Bloukrans River were thankfully much easier. 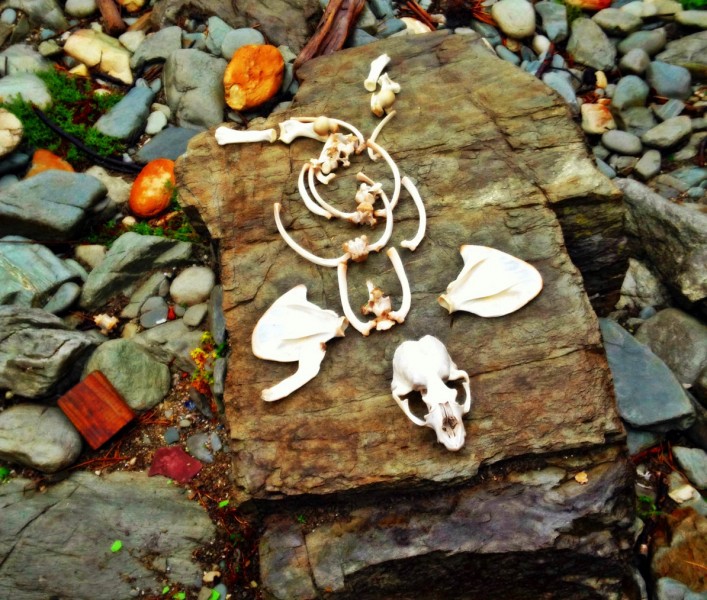 Above: Bones spotted on day 4 of hiking the Otter Trail

This was the moment we all had waited for, some waiting for days, others for months; the Otter Hiking Trail’s mighty and magnificent “Bloukrans River” was finally upon us.

We had each brought along survival bags, to place our bags into; also placing our valued possessions in Ziploc or dry bags. We also brought along 30 metres of rope and special shoes to help each other across.

We had discussions on who would swim across first and help the others. We read up on many accounts of travellers who had done the Garden Route’s Otter Trail before that had crossed this river. With the memory of the group who got washed to sea (only a month before) freshly seeped in our minds, we came to the frightening realisation that we were finally here.

Surprisingly we were still about one and a half hours away from low tide, but the level of the water was only ankle deep. All the hype and hysteria was exaggerated in our case. 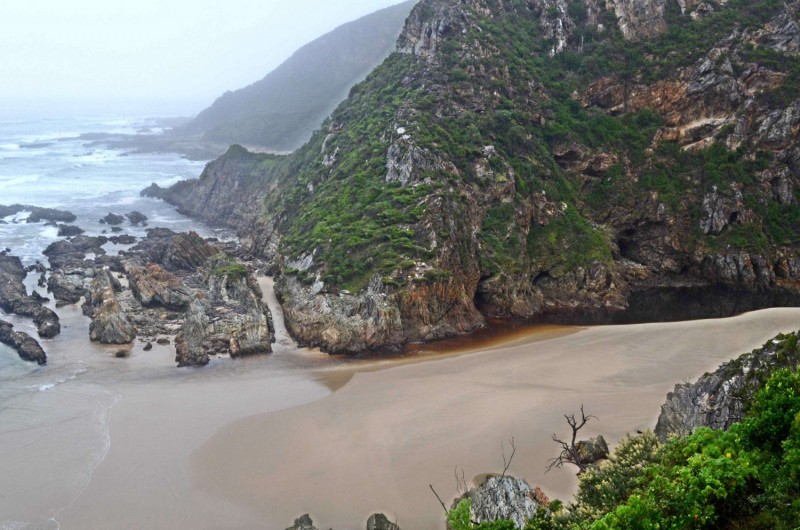 Above: The Otter Hiking Trail’s Bloukrans at low tide –  the group’s crossing 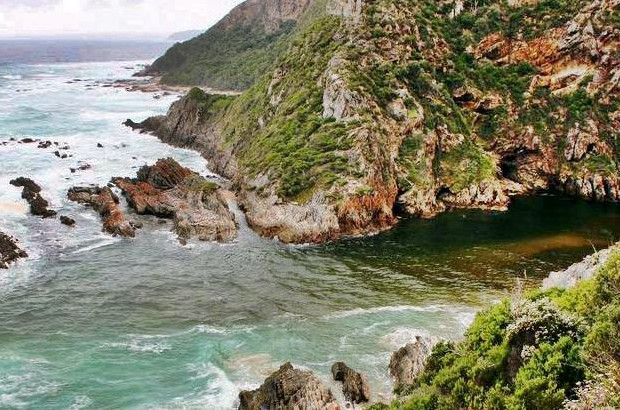 Above: Comparison to Bloukrans along the Otter Hiking Trail at high tide

Generally crossing the Bloukrans at low tide is easy with well-illustrated routes on the official map; the A route at low tide, the B at mid tide and the C at high tide. Challenging high tides and unusual rainfall should result in taking the exit route and calling the ranger on duty. When you do find a cell phone signal, they will pick you up and drop you closer to the hut.

Once across, we drew out the gas stoves and prepared some warm drinks for everyone; cappuccino in my case, a well-earned hot beverage I might add!

The Rain Moved in

The rain caused havoc on day 4 of the Garden Route’s Otter Trail. We did not have gaiters and water seeped through from the top and into most of our boots. After applying copious layers of Vaseline to protect our feet, we set off to complete the final four kilometres of the day. It was a tough start, with some scary rock ledges which could have easily injured us. The rain was not making this easy, but soon after plateauing, the walk was more relaxed. I was somewhat back into the groove of enjoying the trail but still hoping that the hut would be right around the next corner. The fynbos found during these last few kilometres of the Otter Trail hike was nothing short of breathtaking; showed off some great proteas.

Above: Protea amidst the fynbos along the Garden Route’s Otter Hiking Trail

The trail towards the Andre huts was a very steep rock-slide down.  The huts for some odd reason were further apart on this day; it felt as though we had to hike between the two. The beach was swimmable but most of us were too tired to even attempt it. Instead we opted for a scenic shower and warm, dry clothes with a bonfire to combat the rainy weather. Supper was a mixture of tuna, pasta, Cup-a-Soup and anything else we had left in our bags and felt no need to take along on the rest of our journey.

This day had it all; it was a difficult but rewarding day. Tomorrow, day 5 would be the last day on this exciting journey; what a sad moment!