My friends and I were invited to go to the Sonic Summer Festival on Saturday the 18th of December. The festival was located at the Backsberg Estate Cellars in Paarl. I had not been to a festival in Cape Town yet, so I was looking forward to it.

Saturday came and we left Cape Town around 2pm, the festival was scheduled to start around 4pm and we wanted to get a good spot. We arrived at the Backsberg Estate Cellars around 3pm and parked the car in the assigned spot. 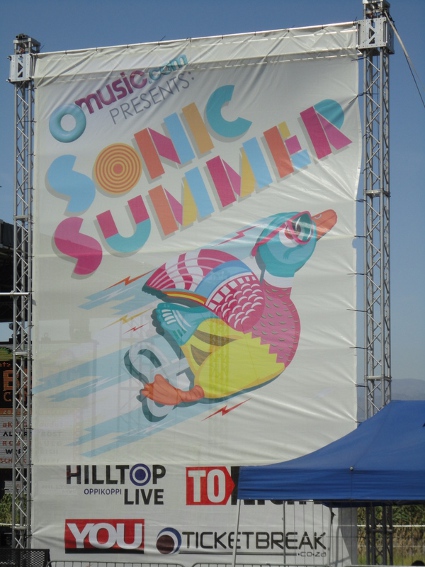 It was relatively calm as people were still arriving at the destination when we entered the estate. We had to go through a gate where we had to show our ticket and were checked if we had any alcohol, drugs or dangerous weapons with us, these were not allowed. After showing ID, we got the appropriate bracelet for getting drinks and we were allowed to go through.

As we entered the open field with some trees for shade, we saw the stage on the left and some tents and stands on the right side. We settled somewhere in the middle, put our blankets on the grass and sat down. It was a warm sunny day, and the atmosphere was relaxed, but we knew that would change the moment the bands took to the stage.

While we had been waiting for the Sonic Summer Festival to start, we explored the property, got some drinks and decorated each other with face paint to further brighten things up. The show started around 5pm, the first act on stage was a DJ, setting the mood with a mix of music. Some people started dancing and the atmosphere became more lively. 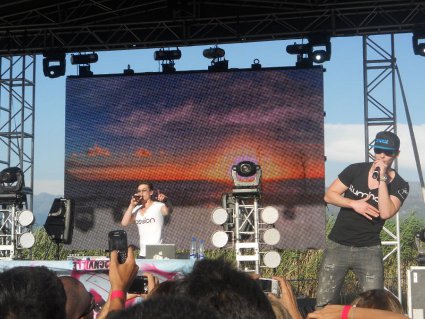 The DJ was followed by Locnville. A duo of twin brothers who hit off the festival with their famous ‘Sun in My Pocket’ song and got the crowd standing. They were followed by the popular group Goldfish who really got the public dancing on their feet.

After Goldfish, a band Jax Panik with scary masks entered the stage and continued the show with their pop music. The last but not least was Die Antwoord, a Hip Hop band who headlined the party with their popular song ‘Enter the Ninja.’

Though I only knew Die Antwoord as a performing act, I had an amazing time. It was nice to be out in the open for most of the day and hear music from South African artists. When we made our way home, it was already dark and we were tired from a fantastic day at the Sonic Summer Festival. We booked a car with Cape Town car rental for our trip. 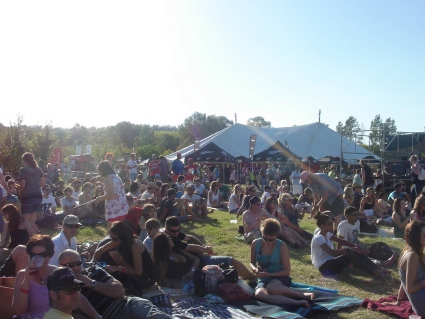 See our Western Cape Winelands article for more details about this beautiful part of the Western Cape.