Spring is near – 5 places to see beautiful plants and flora this Spring:

So spring has sprung and many South Africans are flocking to destinations where beautiful flowers and plants can be enjoyed in their entirety. The frost is starting to leave the bones and celebration is in the air as South Africa starts to experience, blue balmy days of breathtaking weather.

Flowers are blooming and with this many of the previously barren fields are now covered with interesting and colourful plants and flora. Now it’s just up to you to get out there and enjoy them.

This quaint town situated in the West Coast of the Western Cape region has enjoyed a fair deal of fame over the years, largely for their amazing flowers which bloom every year during spring. People flock there from nearby Cape Town as the hills become a bed of beautiful shimmering white. The town also has many great places to eat and drink and is home to a popular music festival every October called ‘Rocking the Daisies’. 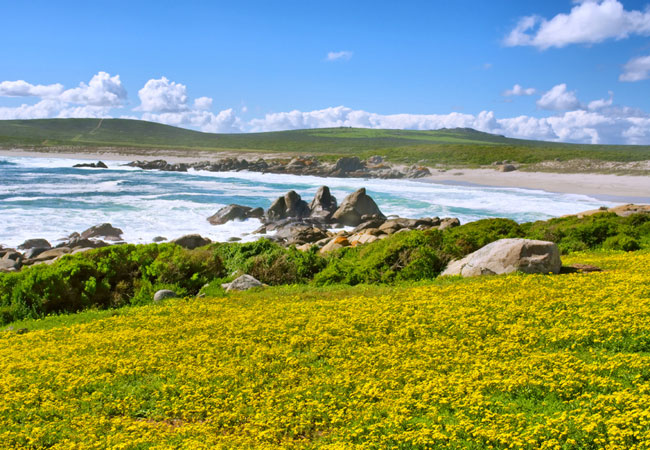 The Namaqua National Park is widely considered as one of the best places to see flowers in bloom throughout the whole of South Africa. There is even a separate reserve within it dedicated entirely to flowers entitled the Skilpad Wildflower Reserve. Other highlights to the area include the ‘Roof of Africa’ panoramic views and dedicated 4×4, mountain biking and walking trails as well as self-catering chalets and exclusive luxury tented camps. 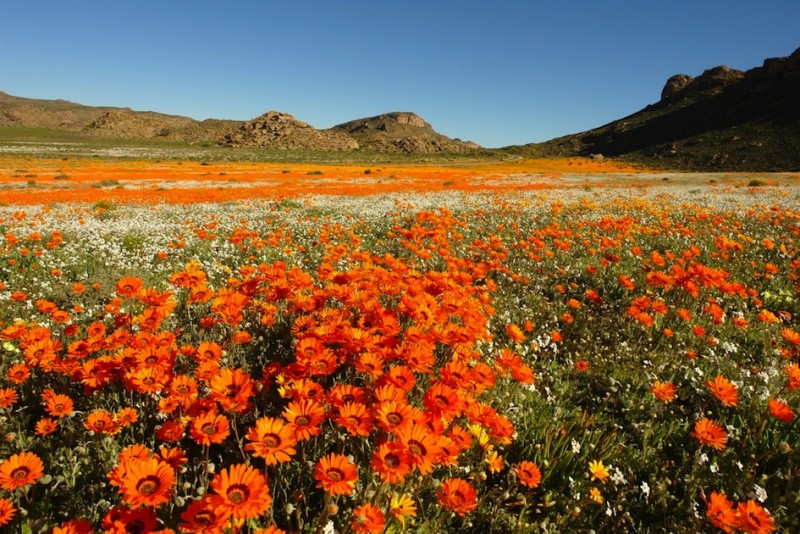 The wildflowers in Namaqualand, Image taken from www.southafrica.net.

Aloes in Graskop and Lydenburg, Mpumalanga

This is an area which is famous the world over for its Aloes which although aren’t at optimal viewing during Spring still add a color and vibrancy year in and year out to Lydenburg in, Mpumalanga. It’s believed that the best time to witness these wonderfully picturesque plants are during June. However, if you drive along the route from Graskop to Pilgrim’s Rest or alternatively through the JG Strydom Tunnel on the Abel Erasmus Pass you’re definitely bound to catch a glimpse of these iconic plants. 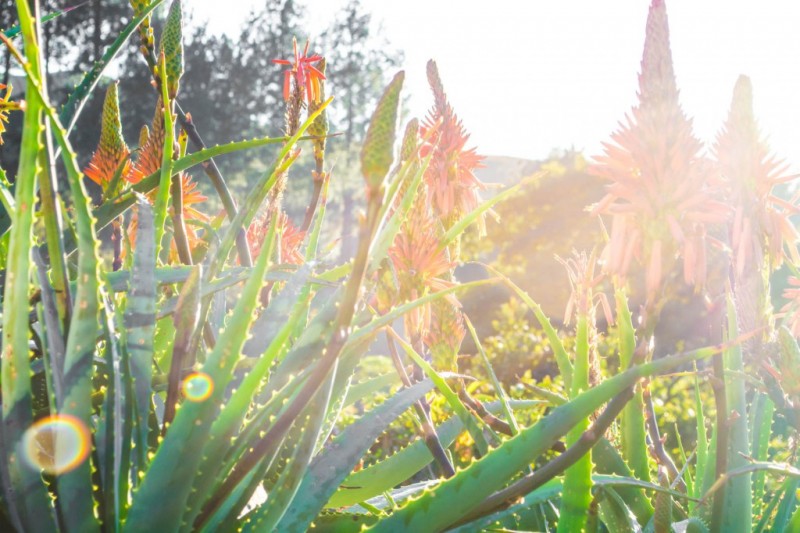 The West Coast National Park is regarded as not just a great place to see Spring Flowers but also a great place to see an abundance of birdlife. However, it’s important to note that the Northern part of the reserve entitled the Postberg Flower Reserve is only open to the public during the spring months so bear this in mind in order to avoid disappointment. The area also boasts a small selection of game and during certain times of year you may also be able to do some whale watching, an added bonus is it’s under an hour from the centre of Cape Town. 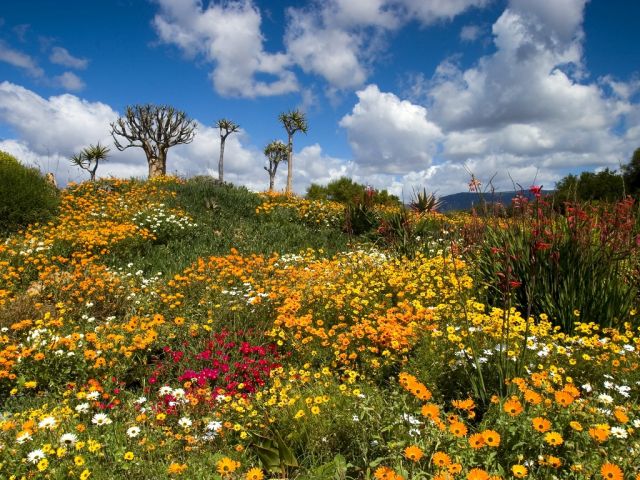 This is a public park in Durban, KwaZulu-Natal which is famous for its wonderful roses which bloom around spring every year. Since Durban and KwaZulu-Natal are blessed with year-round great whether it’s become a firm picnic destination year in and year out. What’s also great about Jameson Park is its proximity to the middle of Durban and surrounding suburbs. It’s become a firm favorite for dog lovers as well.

If you are already in the area and you would like to have the freedom to explore the area you are visiting independently, you might want to look into car hire South Africa for the perfect set of wheels.