Wheel of excellence back in the Mother City

Would you like to see Cape Town from 50m into the air and take pics your friends at home will forever hate you for? The Wheel of Excellence is back in Cape Town and is set to run until the middle of next year. The V&A Waterfront, Cape Town’s oldest working harbor and SA’s most visited tourist destination, will once again host this spectacular ride.

The Wheel was first hosted in the Mother City during the 2010 Soccer World Cup before being dismantled and sold earlier this year. 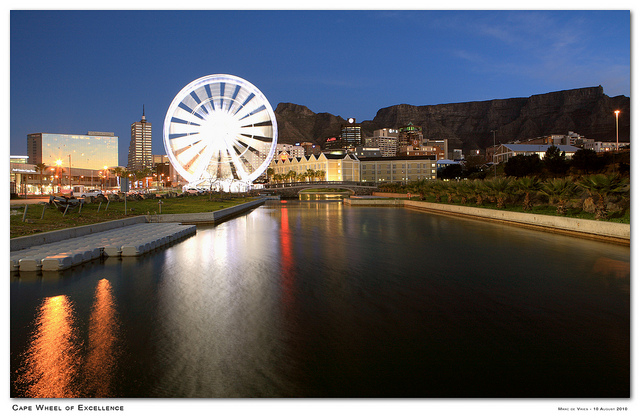 Above: The Wheel of Excellence is back in Cape Town and will cost you R80 per ride.

Set to run until April 2012, a ride on the Wheel of Excellence will cost you just R220 per family of six, or R80 for adults and R40 for the little ones.

Stranded in Prieska and don’t have the wheels to get to this huge wheel?

Hire a car and make it happen! Cape Town car hire is a cheap and safe way to travel the Western Cape.