Drunk driving in South Africa is not to be taken lightly and drinking and driving is a very serious offence. The gravity of drunken driving charges should be enough to frighten anyone away from driving drunk, but there can also be far more grave repercussions that can occur when drivers don’t watch their blood alcohol limit – these can be fatal consequences. Drive South Africa has joined the IPledge Movement against drunk driving. Are you familiar with the South African drunk driving laws? Do you know when you are beyond the limit? Do you understand what charges can be levied against you if your blood alcohol limit is beyond what it should be? 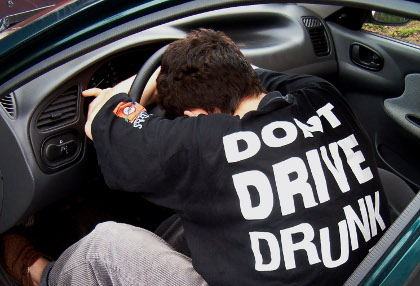 It takes your body approximately 1 hour to process 1 unit of alcohol. Ideally, after drinking any alcohol you should avoid getting into the driver’s seat of your car, but at least this way you can work out how long it takes for the alcohol to leave your system. According to Dr Charles Parry of the Alcohol and Drug Abuse Research Group under the Medical Research Council (MRC) 40% of drivers who die on the road have alcohol levels in excess of .08 gms / 100 ml.

Implications of Being Caught Drunk Driving in South Africa

Perhaps you’ve been “lucky” up to now and you have not been caught drinking and driving; because you think that you are capable of driving drunk. But what are the implications if you do get caught? If you’re found guilty of drunk driving in South Africa you could face up to 6 years in jail. You could also be liable for fines of up to R120 000 and your driver’s license may be suspended. You will also have a criminal record that can have serious ramifications for the rest of your life. Of course, the worst-case scenario is that you could kill someone else on the road, your loved ones or yourself.

There is some good news for those folks who are out on the town and find they’re unable to drive home. If you’re worried about driving your vehicle back to your hotel drunk (which you should be), ask Drive South Africa to book you a car with a supplier partnered with a designated driver service. This means that you won’t have to drive your car rental when intoxicated and breach your car hire contract. Source: Responsible car hire Please, don’t practise drunk driving in South Africa. Drive responsibly on our roads.