Anyone who has ever visited this great country will agree that there are many countless roads and routes to explore that span from the coastal areas to the mountain passes. This is arguably why South Africa is so well known for having an extensive road trip culture that has its roots in exploration and discovery. Many people spend a lot of their time on these said roads and this is also due to there being so many amazing places to see and experience and in many regards, these routes are so inspiring that the journey becomes more important than the destination. Here are six routes to consider on your next South African road trip but bear in mind that there really are so many other highways, byways, and roads to experience so do your own research to get the most out of your South African travel experience. 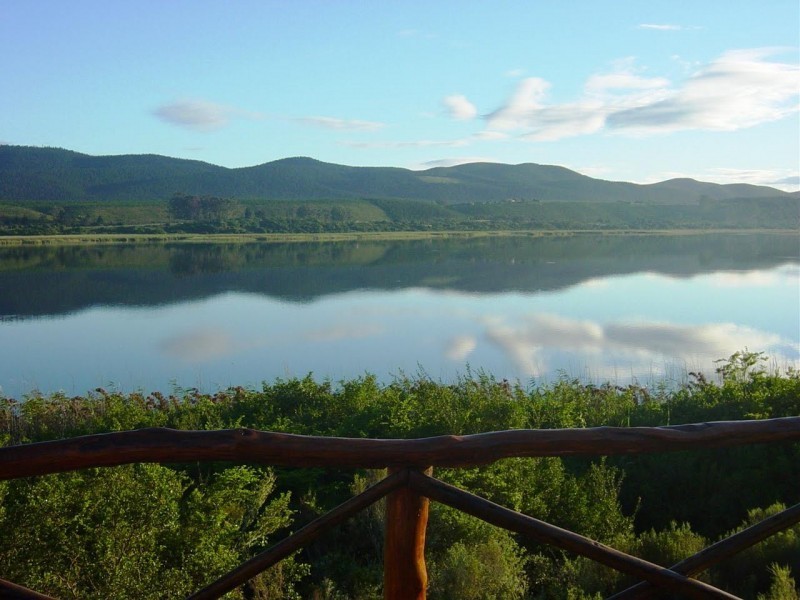 This could very well be one of the most popular drives in South Africa for various reasons. One of them is the fact that there is just so much to do and explore in and around the garden route and the towns and people really do have an interesting energy surrounding them and a certain eccentric small-town nature that can often be infectious. Life seems happier and simpler along the garden route as the locals have decided to make the area their home due to the slower pace of life and absolute natural splendour. From enchanting forests to towering mountain ranges the garden route really does have a world of magic just waiting to be experienced. For more information on what you can do on the garden route of South Africa. 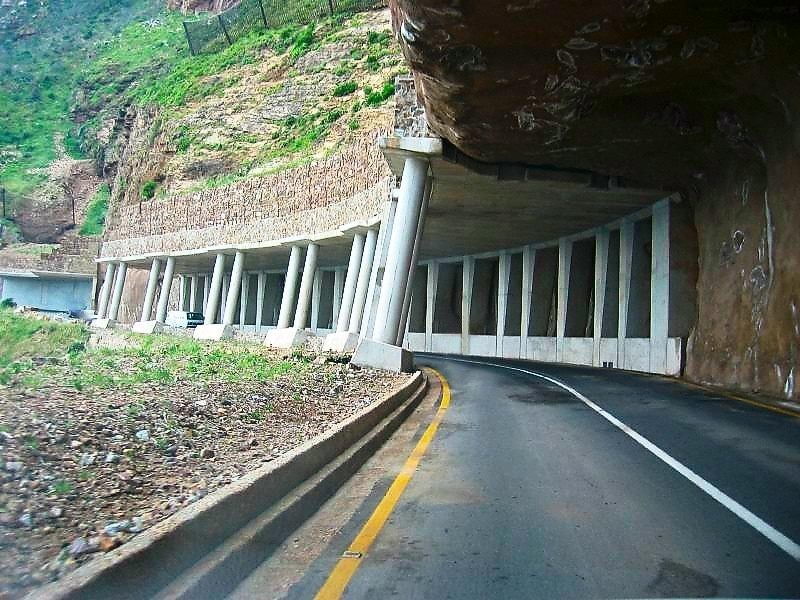 So you’re coming to the iconic Cape Town for the first time and you’ve decided the best way to get around would be to hire a car. Chapman’s Peak is one of the most scenic, famous and sought after drives in the whole of the Western Cape. With mountains on the one side on the icy yet picturesque Atlantic Ocean on the other, it’s no wonder that the drive on the M6 coastal road between Noordhoek and Hout Bay is world-famous and has kept travelers and driving enthusiasts coming back, year in, year out. Fondly referred to as Chappies by Cape Town locals it’s also one of the locations for the popular Argus Cycle event. 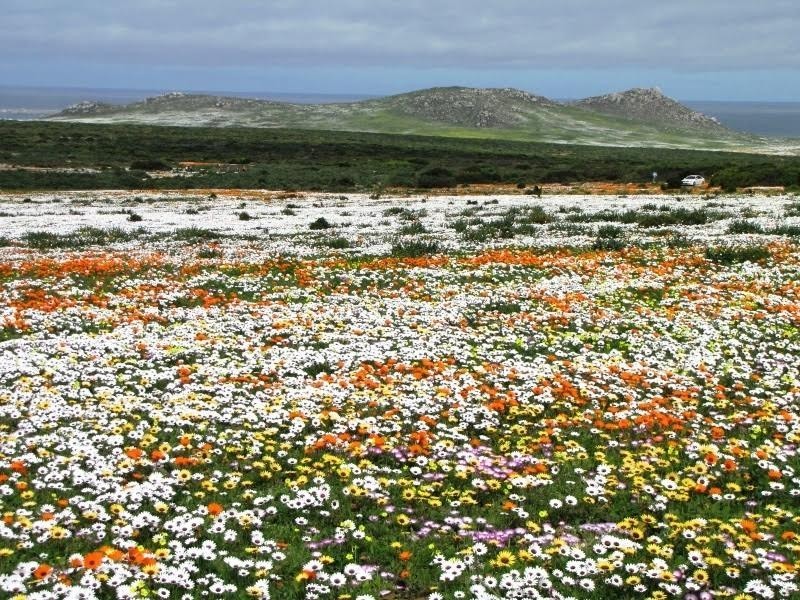 What’s unique about this part of the world is the fact that for most of the year the region is a desert wasteland. However just as spring arrives so do the flowers, Namaqualand is widely considered to be the best location to see the fields bloom in an explosion of bright colours and various species of flora. Other towns in the area experience the same kind of floral bliss and another town famous for its springtime flowers is Darling which is roughly an hour’s drive from Cape Town.

Valley of a thousand hills 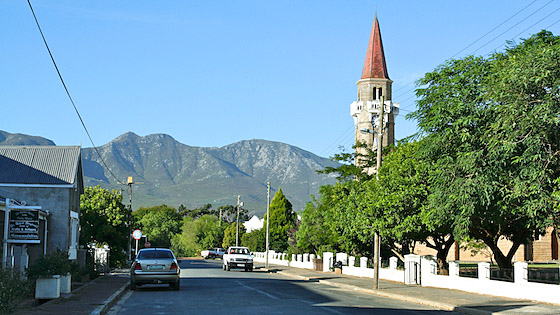 What’s particularly unique about this part of the world is it’s literally 30 minutes away from Durban and gives the visitor a chance to experience rural South African life without having to venture that far from the city? There is a lot to explore around the valley of a thousand hills from quaint towns to the Inanda Dam, which is also a picturesque place of tranquility extremely close to urban areas. The dam has become famous for both camping and watersports alike. Every now and then they also host concerts.  There are various vantage points where one can gaze at literally thousands of hills which eventually reach the powerful Umgeni River. 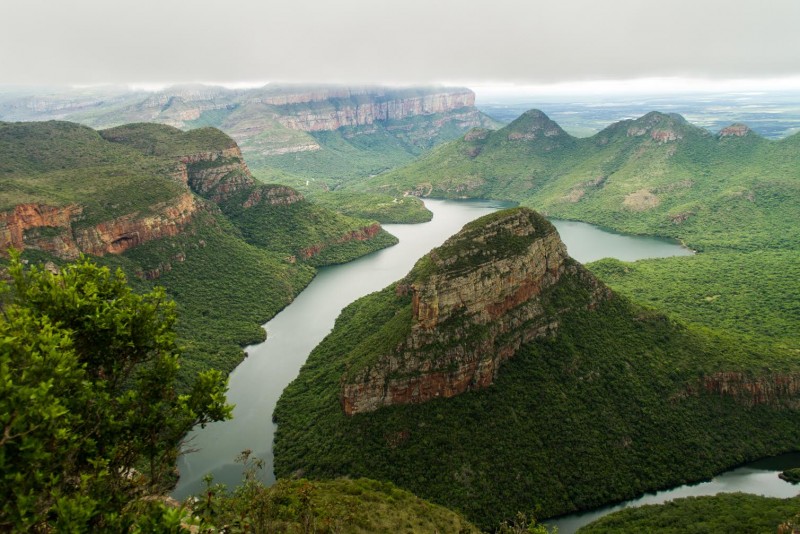 This is definitely one for the bucket list for all road enthusiasts out there and boasts some of the most majestic views not just in South Africa but the entire world. At certain vantage points and on clear days weary drivers will be treated to an assortment of captivating views that will make it hard for you to carry on with your journey for the sheer reason that the immense beauty of the place will transport you to another dimension. Notable places to visit on the route include Graskop, Sabie, Mac Mac Pools, Pilgrim’s Rest, the Pinnacle, God’s Window, Wonder View, Lisbon Falls, Berlin Falls, Bourke’s Luck Potholes and the Three Rondavels. 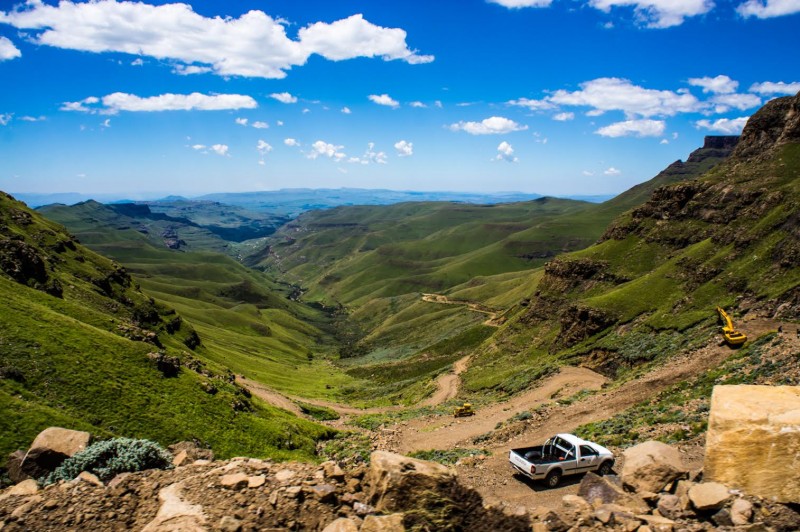 This iconic part of South Africa forms part of the Drakensberg and it’s sometimes also referred to as Drakensberg Highlands or ‘wild Drakensberg’. This area can be navigated in a normal vehicle however some of the passes and areas are considered to be quite harrowing and it’s advised that a 4×4 wheel truck or vehicle, would in fact be more suitable to ensure that the trip is more enjoyable, safe and comfortable.  Take the scenic meandering route which will take you through Lady Grey and Elliot. Other notable routes and roads to explore in the area include Joubert’s Pass, Lundeans Nek, Volunteers Hoek Road, Bistrone Pass, Carlisle’s Hoek, Naude’s Nek which is in fact the loftiest pass in South Africa. Other places to explore include Bastervoetpad, Barkly Pass and Otto Du Plessis Pass.

If you are looking to go on an adventure in the area, you might want to look into having some wheels to get around. 4×4 Rental South Africa would be the best place to start looking.