Top 5 Weirdest Cars in The World

We’ve all seen them. They pass us in the street. They crop up in blogs, magazines and episodes of Top Gear. They’re cars that make us go What the?

Hand-picked by us, here are the Top 5 Most Unusual Cars: 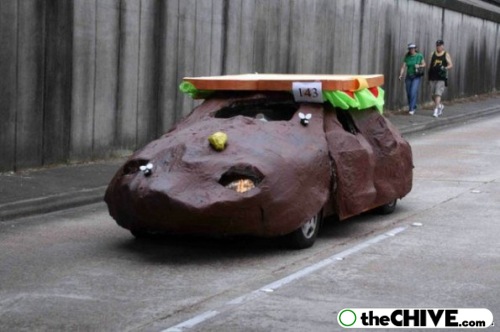 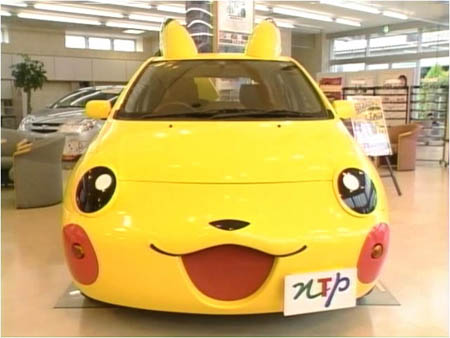 My eyeballs are insulted. Why would someone do this to a car? Why would someone even buy this car? The Pokemon target market is children between the ages of 7 and 14. Pointless seeing as the youngest legal driving age in the world is 15, in Mexico… and even those kids would rather buy tequila instead of a Pokemon car. I imagine this is a ‘soccer mommy’ kind of car, driven by parents who don’t mind if their kids draw on the walls or put bubblegum in the dog’s fur.

There is supposed to be a car in the above photo, but I just can’t spot it. I’m too busy being mesmerized by something shiny in the middle of the picture. Diamonds. Shiny. Pretty shiny. *dribble-dribble*

This has to be one of the weirdest cars I’ve seen! It looks like something that came out of a 5-year-old’s nose, was rolled into a ball and flicked onto the pavement for an unsuspecting stranger to stand on. Surely you don’t actually drive this object. Surely not.

Now, this is what I’m talking about! Move over Bat-mobile, there’s a new kid in town! Even though this car is merely a 3D design brushed into being by 3D designer Radarhead, our new-age technology whizz-heads have come up with technology that can create real life stuff from computer-generated images; making 0 to 100 in 0.5 days. Just one question. Does it come in black?

Come across any weird, wonderful or outrageous cars that deserve to be on the list of the weirdest cars in the world? Share! Place your link and car comment in the comment box below.

*WTF: an abbreviation meaning ‘what the heck’.