Which South African city has the worst drivers?

Gauteng presents a myriad of traveling opportunities but there are a few factors to consider before you hit the road in this province after hiring a car in Johannesburg.

The debate of which South African city has the worst drivers has been going on for decades. Although Durbanites and most other South Africans are adamant that Capetonians suffer from an illness called “sleepy-at-the-wheely-itis” while those cringe at the thought of a Bloemfontein driver and even immigrate at the thought of a Gauteng taxi driver, it seems each city has its helping of silly and unstable road users. Check out these outrageous pics and see for yourself!

South Africa has some of the most renowned routes in Africa. Nothing compares to hitting the road from Clarens through Golden Gate, to Puthaditjaba if you are in the Free State, or escaping to Harties if you find yourself in Gauteng. Who wouldn’t want to take the scenic Oliviershoek Pass and all the routes, for that matter, to any part of the Drakensberg in KwaZulu-Natal? 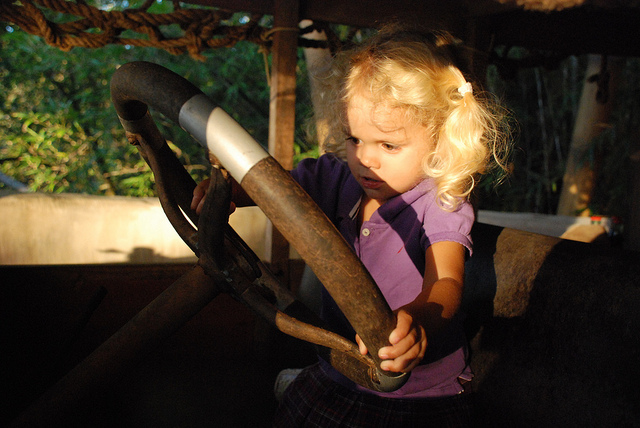 Some drivers should never be behind the wheel.  Photo by: Joe Shlabotnik

Just like the odd hyena you encounter every now and again at the Kruger National Park, there are some road devils that will find you unawares, literally driving their fellow road users insane.

Arrive Alive has recently announced that no less than 1 230 fatal crashes have occurred from 1st December 2011 to 10th January 2012. As drivers tend to be more reckless during the holiday season, this is an indication of how each city’s residents act when the silly season arrives. The good news is that these numbers are declining. According to reports, over the 12-month period from April 2010 to March 2011 the number of fatal crashes decreased by 103 from 10,948 crashes over the same period of the previous year to 10,845 in 2011.

90% of South African drivers comply with the law

According to Arrive Alive public relations spokesperson, Luthango Ngilana, only 10% of South African drivers do not comply with the law. “Most of our country’s drivers reduce speed when they need to, remain under the alcohol limit and drive according to the rules of the road”.

Drinking and driving – who is (more) guilty?

Despite the fact that the average Gautenger spends at least four hours a day on the road, having a lot of experience behind the wheel, this driver seems to be the most notorious amongst its South African counterparts.

Seems like the old ‘buckle up’ rule is out of fashion in the Gauteng. A whopping 1,3239  drivers have received a notice for not wearing a seatbelt. That’s 8712 more than the runner-up, which is the Western Cape at 4527.

Reckless driving – who jerks their pedal to the metal?

It seems like the Eastern Cape and, you guessed it, Gauteng has the most reckless drivers. No less than 57 drivers have been arrested in Gauteng, while 48 Eastern Cape road runners have been sent to the dog box.

It must be said that Egoli probably has the busiest roads and most taxi drivers.

Below is a list of the most common causes of crashes to keep you alert at all times:

Most common causes of crashes:

According to Arrive Alive’s reports, the following have been found to have been among the most common causes of car crashes:

Do you avoid these circumstances at all costs? With all the interesting stop-overs and must-see attractions in South Africa, driving around in your own car is the best way to see the country. Why not hire a car, be the responsible road user you aspire to be, and discover our beautiful country? And of course, learn how to report bad drivers.

How to report bad drivers

So the person in front of you is driving like a lunatic and you can almost already see an accident happening. To report bad drivers is quick and easy, thanks to National Traffic Call Centre (NTCC), who makes it possible for road users to report bad drivers, unsafe vehicles and reckless and negligent driver behavior; as well as fraud and corruption within the traffic situation. Phone the Call Centre at 0861 400 800. Report bad drivers on the Arrive Alive website or alternatively phone the police at 10111. You need to know how to report bad drivers to keep South Africa’s beautiful roads a safe place for travelers.

Car rental in Durban South Africa lets you discover the glorious Drakensberg Mountains, Umhlanga rocks and the Durban Harbour, to name a few. Why wait? With pleasant weather all year round, Durban car rental is ideal to discover sunny South Africa.