Compare, save and get affordable car hire at Durban Airport. Unlimited mileage, for your next road trip holiday.

Durban is the kingdom of the Zulu and is also the area in the country which sees arguably the warmest weather all year round. Winters in Durban are hotter than most summers and this has kept it a firm favourite for tourist’s year in and year out.

The city of Durban itself is slightly smaller than Johannesburg or Cape Town however there is a world of exploration in the areas nearby and Drive South Africa’s range of vehicles situated at Durban world class King Shaka International airport, will ensure you get to explore the vastness of KwaZulu-Natal as soon as you touch down. Car rental at Durban airport and get out there are explore.

Durban has great all year round weather and every season presents itself with something to do so this is a part of the country that truly isn’t dictated to by weather patterns.

This said the winter months are actually more pleasant as summer can be unbearably hot and humid. Many domestic tourists flock to Durban during the winter months to beat the cold of the Highveld. Winter is from around May until September. Car hire at Durban airport is a great way to experience a classic KwaZulu-Natal.

Once you leave the airport, you are presented with a world of opportunity as you will be in the picturesque KwaZulu-Natal North Coast. There are many towns and attractions to visit on the North Coast including Ballito and Salt Rock. The area is famous for its rolling sugar cane fields and world class beaches. If you decide to go to the city of Durban, you can see a sporting match at the Moses Mabhida Stadium, go out on trendy Florida Road, or visit the Glenwood and Umbilo area where many of the cafes are situated. Durban’s public transport is limited so hire a car to get the most out of this great city.

With so much to explore and see not just in Durban but in the adjacent areas, Car rental at Durban airport really is your only option as the transport system in the city isn’t quite as up to standard in comparison to the other two major hubs in the country.

This really depends on how much time you have in the city and what you want to achieve, a week in Durban will suffice if you only wish to see what the middle of the city has on offer. However if you want to explore you will need more time. The North and South Coast are littered with beautiful beaches and interesting towns and this is also not to mention the charm of the midlands or the amazing Drakensberg Mountain range which has made KwaZulu-Natal famous.

Durban has a warm climate and is also the area in the country with the warm Indian Ocean so pack for the beach. Make sure you bring lots of sunscreen, swimming costumes, and sandals, however if you want to visit the mountains nearby pack for the cold as during certain times of year the midlands and Drakensberg does experience snowfall.

This is an area famous for its greenery and world class beaches and is also considered as a great place to find untouched world class surf. The area also has a rich cultural heritage. The South Coast has every kind of accommodation facility available including comfortable campsites, lodges, guest houses and hotels.

The centre of Durban has many world class hotels, many of them will be found along the golden mile promenade adjacent to the beaches. This is not the only accommodation facilities available as there are also holiday apartments, guest houses and backpackers scattered all over the nearby suburbs.

Why hire a car at Durban Airport with Drive South Africa

With so much to explore throughout the province of KwaZulu-Natal there really is no other way to experience it then by Car hire Durban airport. Drive South Africa really is your best option as our leading team of sales and travel experts are waiting to make the process as easy as possible.

Wherever you're going, we have the best option for your rental needs 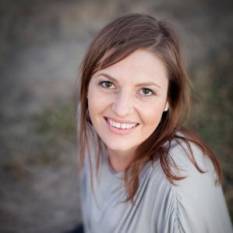