I Do Africa - On the road again from Livingstone

After spening a long stint in Livingstone in Zambia fixing the bike and relaxing, the time finally came for us to move on. We were both getting a bit agitated with staying put for so long, especially because Livingstone is not so far from home, and we knew we would have to put in some hard and serious travelling for the next leg of our journey. So with a lot of bravery we took on the road to Dar Es Salaam. 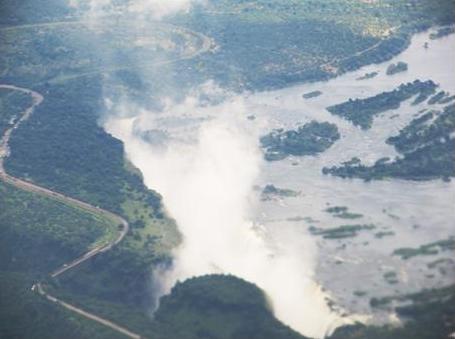 We drove from Livingstone to Lusaka in one day, a personal record. It took us all day to cover more than 600 km and we only spent one night in Lusaka before moving on again.

From Lusaka we head to Kapiri Mposhi where we decided to cheat a bit and put the bike on a train that goes straight to Dar Es Salaam, arriving 2 days later. We had one day to get everything sorted out before our departure. 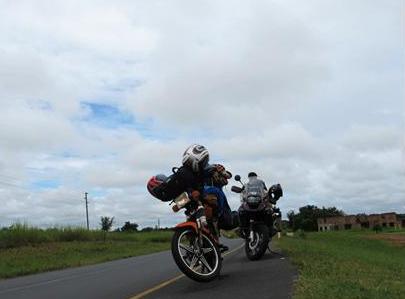 Just outside Livingstone. We made some friends, real bikers with a BMW!

Turns out the railroad workers in Tanzania are on strike and the Tazara Train is going nowhere. Our only options were to either wait it out or to move on… and onwards it was. From Kapiri Mposhi to Dar Es Salaam is 1800 km, and we knew we were in for a long and tedious journey. Little did we know just how lengthy.

In it for the long haul

After we weighed all the options we decided to be resourceful and make a plan, it would take too much out of us and the bike to do the entire journey of a couple of days, we would have to take a week at  least to drive all the way.

The route between Kapiri Mposhi and Dar Es Salaam is a major transit route so we ended up still cheating a bit. With our great charms and a bit of money we managed to convince a truck driver to take us to the border between Zambia and Tanzania. We left on Friday before noon. The almost 1000 km took 21 hours to cover … 21 endless hours, in a truck, cramped up with three other people, almost nonstop and with almost no sleep.

We finally reached the border early on Saturday morning but had to cover another 300 km with the bike before we could finally get lodging and some much needed sleep. 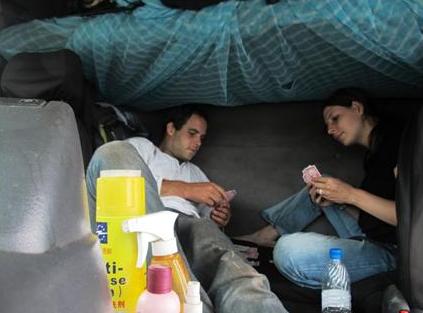 Keeping busy in the truck.

Tired and filthy but smiling, we finally feel like we are travelling, and truly experiencing Africa. The atmosphere here is so different; there are swarms of people everywhere, eating, drinking, selling and bargaining. You only have to look at the organised chaos around you, smell the bananas roasting on open fires and see the vendors selling everything from biscuits to skirts in the same tiny shack to realise this is Africa. We are here, 6 border crossings later! 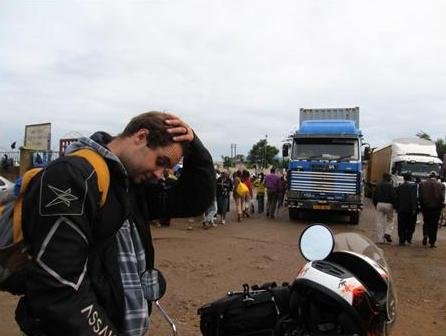 Welcome to Tanzania, chaos at the border.

Eating on the road

Since we left Livingstone we haven’t been able to eat much and what we found wasn’t exactly what you would call nutritions. In a nutshell we have been eating starch and oil, covered in starch with a bit of oil on the side. for variation we had more starch and for desert some oil. I am keeping an eye out for the early signs of scurvy!

In towns and cities we are usually able to find some veggies or fruit but since we left Livingstone there just wasn’t any time for shopping, or space to carry anything with us. As soon as we hit Dar Es Salaam we will have to take care of our bodies, eating a good meal, getting sleep and taking loooong baths! 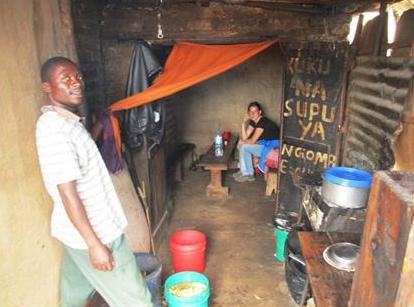 Another day, another oily meal. Eating local is lekker!

By Sunday we still had another 600 km to go before we reach Dar Es Salaam where we will again have to spend a lot of time and do a lot of repairs on the bike.

Our Chinese wonder is falling apart bit by bit and we are experiencing everything from electrical problems to broken parts. 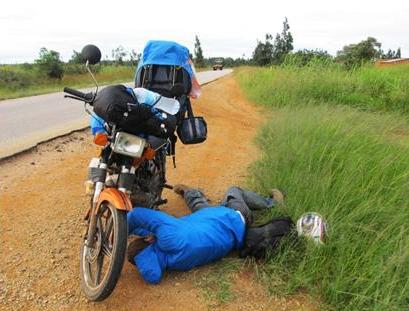 Fixing just the bare neccesities to get us there.

As Chenoa Achebe put it, things fall apart. But Big Boy is still very much in a drivable condition and after another 800 km we got the first glimpse of the Indian Ocean.

You, me and the sea

Dar Es Salaam is crazy, the traffic is even worse. For days on end we drove, and drove and drove and then, on Monday afternoon we came to a sudden halt, traffic in Dar. Having the smallest bike helped to get us through all the motor-mess and after 4 days of travelling and an hour dodging everything from cars to mudjats in the city we were able to shout, “we made it!”. 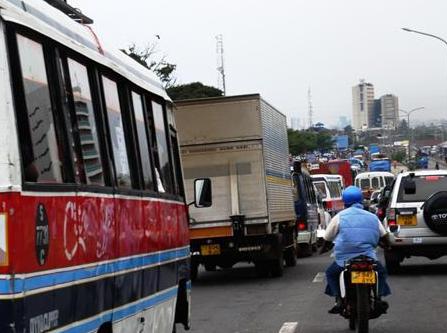 Mentally we are halfway through our trip, physically we have reached a huge milestone and emotionally we are on a high. As an extra bonus we are able to spend time with my brother who recently moved here.

We are now even more convinced and adamant to get our bike to Egypt –  a bike which, by the way, has been put through every possible test and passed!

And now our Big Boy also has a name! Pole Pole, which means slowly-slowly in Swahili. 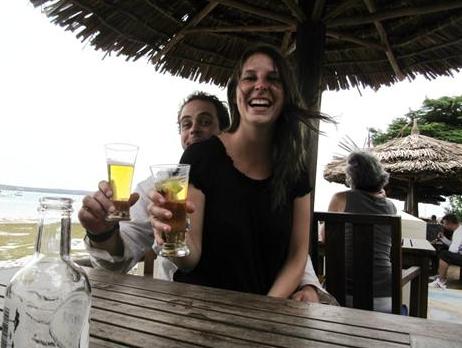 A happy cheers, we made it this far!