The vehicle in question is the Range Rover Evoque. I’ll cut to the chase straight away and tell you it is utterly sublime in everything it does after doing the Range Rover Evoque road test. And yet despite knowing this, I’m still plagued by how mysterious and indefinable this car is. I fear I may not be making a whole lot of sense at the minute, but stick with me.

What I’m trying to say is: A car can distinguish itself from the crowd by being many things: fast, loud, luxurious and brightly coloured. The Range Rover Evoque, aside from being impossibly well proportioned, on paper at least; shouldn’t really stand out of the crowd at all. It’s only a small, cross over sized SUV with all-wheel-drive. And yet it does. How? Why?

The only way I can describe it is: it must be a bit like love. I know that’s hopelessly clichéd. Okay, let’s say ‘infatuation’ rather than ‘love.’ It’s like I’ve got a crush on the Evoque, is the only real explanation I can put it down to. Love and / or lust are emotional, nonsensical, impractical things and yet when they’re in attendance they will conquer all. You drive a Range Rover Evoque with your heart over flowing with sentiment.

Ironically though, Land Rover didn’t host any launch drives for the vehicle when it arrived in South Africa. ‘Unprecedented’ doesn’t even begin to describe such an approach to the media. Then after much begging I managed to arrange a test drive for June. Only thing is, I’d put my request down in February. I’ve never waited that long to drive anything before. Building anticipation may have been a strategy, sure; but it could easily have turned into over hyped and underwhelmed; in the months that passed I found myself gunning for the latter. 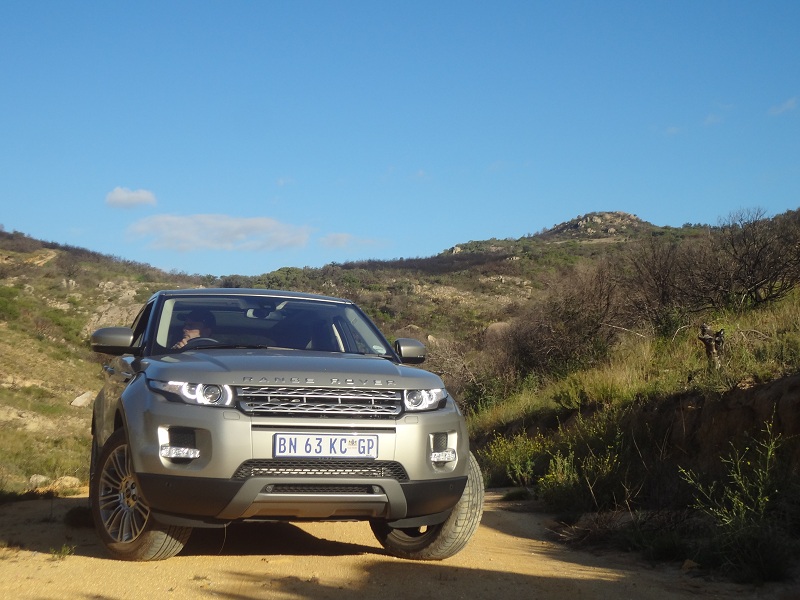 What finally arrived in my drive way four months later was a gold five door Evoque with the Si4 – 2.0-litre turbo, petrol engine, producing 177 kW and 340 Nm, mated to a 6 speed automatic gearbox. 0–100 km/h is dealt with in an admirable but not blistering 7.6-seconds and the top speed is a shade over 210 km/h. With the advancing concerns of fuel consumption and emissions around the world it’s understandable Range Rover moved to a more efficient four cylinder petrol engine for the first time. Weighing in at 100kg less than its long lost cousin, the Freelander, it’s the lightest Land Rover ever built too.

However, despite this, the Si4 petrol engine wasn’t a saint in the fuel consumption department with a real world average of around 11-litres per 100km. That is quite a bit more than the claimed / combined figure of 8.7-litres per 100km from Land Rover. I suppose that isn’t too bad for a car with all-wheel-drive, that maintains a strong off road capability, and combines unfiltered luxury.

A Range Rover has always been the mark of one’s arrival in the upper echelons of a social standing. It says: ‘I’ve made it though I haven’t bought an audaciously awful, look-at-me Audi to prove it.’ As with all things, Range Rover style and options are of the utmost importance. The Prestige specification of our test unit favours comfort over dynamism. A more serene front grill is finished in chrome, a higher ride height gives better ride quality and off road capability, premium leather on the seats and wood embellishments throughout the cabin give it that bespoke Range Rover feel.

To begin with there’s the pulsing ‘Start Button’ with keyless entry, a panoramic sunroof with solar attenuating glass which prevents the cabin from becoming a hot house. There’s an 8-inch touch screen as standard, a 5-inch drivers display TFT (thin film transistor) screen and our car was optioned with the five cameras mounted around the vehicle to provide all around visibility. Useful because of the stylised, but not so practical sloped rear end, and when you’re off-roading trying to spot potential hazards. A personal touch is the mood lighting in a variety of colours within the cabin, and ‘puddle lights’ on the side mirrors which provide a sense of absolute awe the first… and second… and third time you realise the Evoque silhouette is back lit onto the pavement. 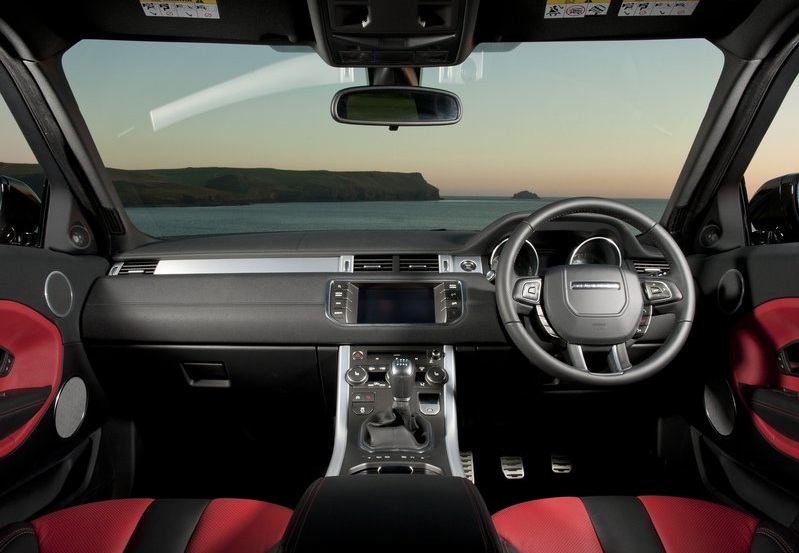 Being a Range Rover the ride quality is absolutely flawless, and as an urban explorer it’s small, so edging in and out of parking bays is completed with fine accuracy. As a rugged adventurer looking for the freedom of the open road it’s even more fantastic. The urgency of the engine is nothing short of sublime, it even sounds good for a four cylinder. Head out into the bundu, which for us in the Western Cape is the back of the scenic Swartland, and the ‘Magne-Ride’ technology comes to the fore on rutted road.

The Range Rover Evoque Si4 Prestige is an absolute class act and it’s totally worth its R589, 900 starting price.

Fast Facts on the Si4 Prestige

We have the some of the Range Rover Evoque series available in our fleet. Contact us if you are interested in renting one.